Jordan Brand recently unveiled its Air Jordan retro collection for Spring 2023, giving sneaker fans a good dose of warmth to look forward to when the calendar turns. The collection consists of 16 styles in total, ranging from long-awaited retro returns to fresh twists on classic colorways and all-new styles for men, women and kids.

The Air Jordan 1 makes up a quarter of the collection with one Air Jordan 1 Hi ’85 and three iterations of the Air Jordan 1 High OG. The ’85 is the “Black/White”, a simple yet effective two-tone style that predates the “Panda” Dunk craze by nearly 40 years: it was originally released in 1985 and last released in a retro style in 2014. Meanwhile, the Air Jordan 1 High OG colorways include the “True Blue” and the “White Cement”, both of which are inspired by familiar colorways from Michael Jordan’s third signature sneaker, plus a flipped version of the “Laney” color scheme that nods to MJ’s high school .

A duo of Air Jordan 2 colorways also join the mix, namely the Boston Celtics-esque “Lucky Green” and a women’s “Sunset Haze” that offers a mix of earth tones and hot pink accents. There’s only one Air Jordan 3 this season, but due to the reactions to the leaks, it’s likely to become the most popular pair in the entire collection. It’s the highly anticipated return of the Air Jordan 3 “White Cement”, dubbed the “Reimagined” and crafted with meticulous attention to detail to ensure that – aside from its “aged” midsole and heel tab – it’s a perfect match for the beloved colorway we haven’t seen on the AJ 3 since 2013.

Two styles of the Air Jordan 4 and three versions of the Air Jordan 5 are also featured. For the AJ 4, there’s a “Photon Dust” colorway that uses captivating suede panels and hits of soft tan, plus an “Oil Green” colorway for women that takes the famous “Fire Red” and swaps its flaming red tones for a more calm green tone. On the front of the Air Jordan 5, the Jumpman has given us an “Aqua” colorway inspired by one of Chris Paul’s PEs when he was a member of the Charlotte Hornets, a “University Blue” that is a clear nod to MJ’s days at Chapel Hill as a member of the UNC Tar Heels and a women’s “Mars For Her,” which is essentially an alternate take on the popular “Raging Bull” color scheme.

A single Air Jordan 6, the laid-back “Cool Grey,” offers a sharp interpretation of a color scheme popularized by the Air Jordan 11 of the same name. There’s also a standalone Air Jordan 9 called the “Light Olive”, a twist on the OG “Olive” that offers a lighter secondary tone and blue accents instead of red. The Air Jordan 13 is present and accounted for through its first “Playoffs” retro in a decade for a celebration of its 25th anniversary, and last but not least, the Air Jordan 14 comes in a women’s “Metallic Silver” colorway that draws on high-performance motorsport.

This set of 16 Air Jordan retros will begin rolling out in January 2023, and while speakers have speculated on release dates for many of the pairs (for example, the Air Jordan 13 has largely been reported to drop “Playoffs” around NBA All-Star Weekend) Jordan Brand has not made any official announcements yet.

While you wait for the collection to hit shelves, check out the 2022 Hypebeast team’s favorite sneakers. 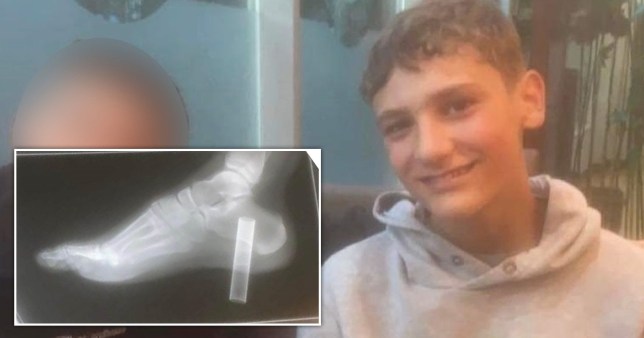