In theory, there are few surprises when looking at the eight teams that have made it from the group stage to the quarter-finals of this season’s UEFA Women’s Champions League. Roma may have produced an upset result over regular Champions League players in their debut season. Slavia Prague and fellow Serie A side Juventus failing to progress from their groups – having done so last year – might be seen as surprising, but perhaps not given the composition of those groups.

However, if we step back from the final group standings and look at all the football played in the group stages, the bigger picture of growth and development at the top of women’s football in Europe can be seen. Just as the foibles can too, with an increasing number of teams sustaining serious injuries after overworking players, threatening to derail campaigns — look at you, Lyon.

However, what we’ve had over the course of the six matchdays is excitement in well-balanced matches that, even if they ended in predictable fashion, have seen less traditionally dominant forces in women’s football flourish and new players make their name.

Against Bayern Munich, Benfica once again showed some of their better football, highlighting the rise of the Portuguese league, which has taken on a new color since their formation as the Eagles displace Sporting CP as the preeminent force in the country. At 29 years old, Cloé Lacasse looks set to get better and put in strong performances for Benfica as Portugal international Jéssica Silva has continued to cook since her recovery from an ACL injury.

In the same group, Barcelona proved they are not bulletproof in a loss to Bayern in Munich last month, with the hosts putting on a stellar show in front of a new record crowd at the Allianz Arena for a women’s match. Conversely, Frauen-Bundesliga rivals VfL Wolfsburg, like Barca, showed they are not infallible after being held by Roma, who had looked so confident up to that point and headed into the final stages.

While last season – the first season of the reformatted league to see a group stage reintroduced – the groups were easier to call with a clear favorite and predictable runner-up, this season has seen an influx of groups with three teams battling for the top two place. While Juventus, Benfica and Real Madrid all faltered, with minor tweaks here and there, they could have emerged from their respective groups at the expense of another team.

Roma, although they had a friendly group draw, showed tremendous fearlessness in the way they attacked the group stage, displaying the classy style that Alessandro Spugna has ingrained in his team. And as such, they are not only the best example of the group stage advantage, but of the dominating growth that comes with focused investment and the vision of building a team the right way.

As we move forward especially if UEFA wants to keep the group stage down to just 16 teams losing the vast majority of those who qualify for the Champions League before we get into the competition proper teams will get a lot less fouls as the top continues to grow. As you can see from how Juventus fared this season there is little room for error or not taking your chances but for players like the Bianconere who reach the group stage, there is a huge amount to be learned and taken from those six games to build on next season. 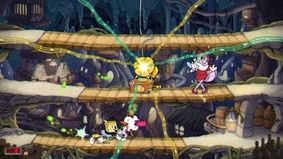