November’s Purchasing Managers Index, compiled by S&P Global, scored 50.4, just above 50.0 with no growth. There was a modest recovery in growth in September and October after negative growth in July and August, but it looks dangerously close to a dip below 50.

A number of respondents noted that higher borrowing costs and concerns about the economic outlook had limited construction activity.

Expectations for business activity growth in the year ahead continue to fall, with optimism now at its lowest level in two-and-a-half years, the survey found. Excluding levels seen at the start of the pandemic, positive sentiment levels were the weakest since December 2008.

Commercial work was the only segment to register an overall increase in business activity in November (index at 51.1). Housing activity stalled (index at 50.0), ending a three-month period of marginal expansion. Higher mortgage rates and declining consumer confidence were cited as factors slowing housing activity.

Civil engineering activity (46.7) declined for the fifth consecutive month. The latest drop was the sharpest since August. Lower production volumes were mainly related to a lack of new work to replace completed projects.

November data showed a modest increase in total new orders in the construction sector, as opposed to a slight decline in October. However, the increase in new business inflows was much weaker than average in the first half of 2022. Survey respondents often noted that weaker domestic economic conditions weighed on customer spending.

Job numbers continued to rise in November, but the pace of job creation fell to its lowest level since February 2021. Construction companies suggested that concerns about rising costs and weaker growth had led to more cautious hiring policies.

In contrast to the slowdown in hiring, the latest data pointed to the fastest increase in input purchases since July. Higher purchasing activity was linked to increased workloads and improved raw material availability, although some reported efforts to place orders before suppliers’ price hikes occurred.

Looking ahead, about 29% of the survey panel expect business activity to increase over 12 months, while 26% predict a decline. This suggests the lowest level of confidence since May 2020.

Tim Moore, economics director at S&P Global Market Intelligence, who is compiling the research, said: “Stagnant housing activity in November contributed to the weakest performance in the UK construction sector in three months. This has led to rising interest rates, canceled sales and concerns about the economic prospects.

“Construction growth was largely confined to the commercial segment, but even here the pace of expansion has slowed significantly since October as customer confidence weakened in response to heightened business uncertainty. At the same time, a lack of new work to replace completed projects in another decline in civil engineering activity.

John Glen, chief economist at the Chartered Institute of Procurement & Supply, said: “The slight increase in activity in November did little to alleviate builders’ fears for the future as optimism fell back to levels seen in the last recession during the last recession. December 2008. one of the same lows during the pandemic.

“This bleak picture has been fueled in part by ongoing shortages of key materials such as steel and timber, along with a skilled workforce, impacting job growth at the slowest pace since February 2021. As new order growth so far below the 2022 average, builders were hesitant to hire too many workers and there was talk of cutting jobs amid fears of the strength of the economy in 2023.

“Overall, it was civil engineering that remained steadfastly mired in activity, with the fastest drop in activity since August. Customer hesitation, concerns about material costs and business weighed heavily on the industry, which posted its fifth consecutive monthly saw a decline in activity and residential construction also appears to be picking up steam as higher borrowing costs continue to dampen demand.

“Procurement activity held up as companies concerned about higher costs and possible delays reportedly ordered more than they needed, with delivery times increasing for the fourth consecutive month. Construction companies now have a tightrope to walk in terms of finished for recovery and be cautious with investments until the way is clear for future sustainable building opportunities.”

Fraser Johns, chief financial officer of construction contractor Beard, said: “Despite the marginal increase in overall construction output, inflationary pressures and rising costs of raw materials such as fuel are beginning to take a toll on business activity.

“None of these trends, however, come out of the blue. In reality, the industry has been preparing for exactly this situation throughout the year and is already operating within the constraints imposed by a tightening economy.

“While we shouldn’t downplay the downturn in some parts of the industry, the fact that commercial work continues to see a surge in business activity shows that there is still some confidence in the market and that developers remain committed to plans.”

Do you have a story? Email to news@theconstructionindex.co.uk 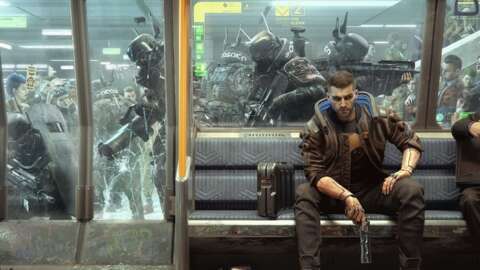