By Ben Nagle for Dailymail.Com and Associated Press Reporter

Nick Chubb ran 99 yards through the snow and the Cleveland Browns defense held on to record a 13-3 victory over the visiting Baltimore Ravens on Saturday.

Deshaun Watson threw for 161 yards and a touchdown to Donovan Peoples-Jones, which turned out to be the lone endzone visit for either team. Watson completed 18 of 28 passes to win in his first home game as a member of the Browns (6-8).

He appeared in his first home game with the Browns, following an 11-game suspension for sexual misconduct allegations.

The Ravens (9-5) turned the ball over four times on downs, including once on a blocked field goal. Tyler Huntley, starting in place of the injured Lamar Jackson, went 17 of 30 for 138 yards and an interception. 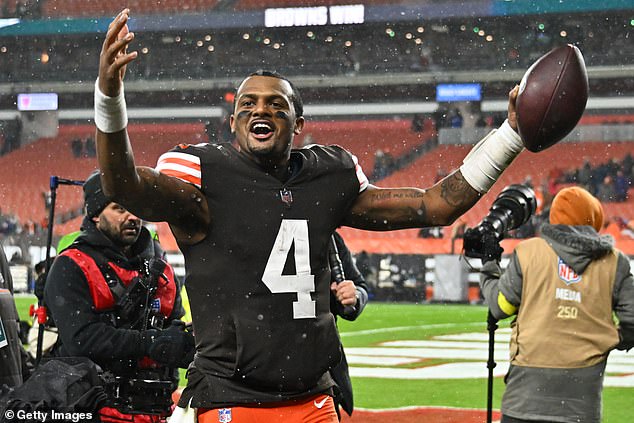 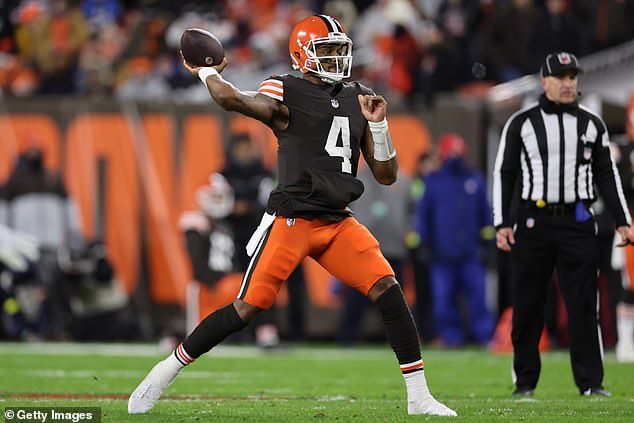 Cade York’s 47-yard field goal for Cleveland opened the scoring in the first minute of the second quarter. Justin Tucker responded with a 53-yard field goal with 5:31 left before halftime.

The Browns drove 71 yards on 11 plays, prompted by Chubb’s 18-yard dash on an early third-and-1. They were crammed into the red zone on three plays from the Baltimore 4 and York started a 23-yard field goal for a 6–3 lead just before halftime.

Tucker, who came in 22-for-22 on field goals within 50 yards on Saturday, missed wide left on a 48-yard attempt to end the first half. 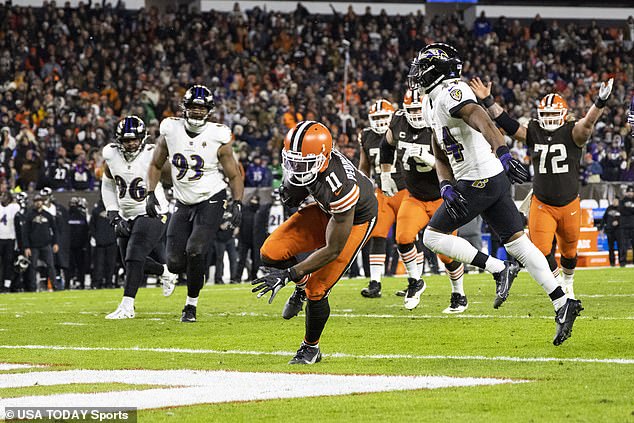 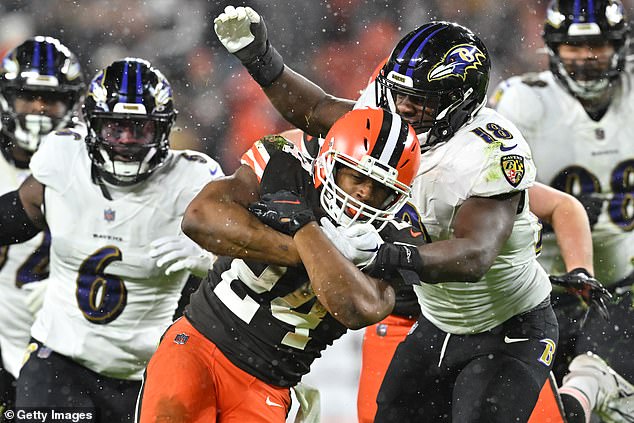 To start the second half, Dobbins and Huntley led the Ravens inside the red zone, but on third-and-ten in Cleveland 15, Denzel Ward intercepted Huntley’s pass to DeSean Jackson. The veteran wideout was targeted three times for having no receptions.

That’s when Cleveland took advantage, going 91 yards in 12 plays, including completions to Amari Cooper for 16 and 28 yards. On third and the goal, Watson found Peoples-Jones for a 3-yard mark to make it 13-3.

Receiver Demarcus Robinson fumbled for the Ravens’ next play from scrimmage. John Johnson III forced the fumble and recovered it. 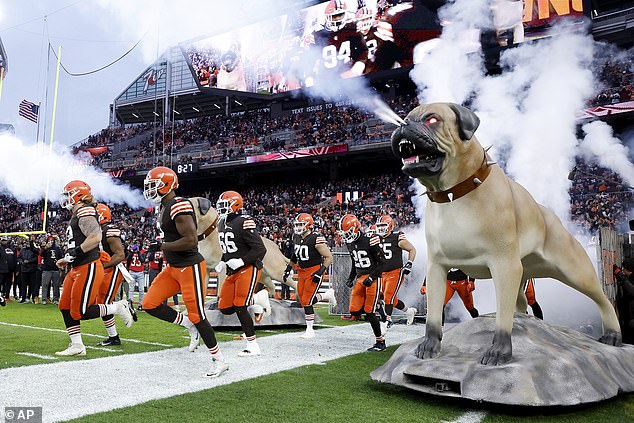 The Browns players take to the field on Saturday ahead of the game vs. the Ravens

The next two Baltimore drives were stopped in fourth place. On the first, Tucker’s 50-yard field goal attempt was blocked by Jordan Elliott. Tucker missed two field goals in a regular season game for the first time since December 22, 2018.

Cleveland was unable to cash in on either jammed checker. York shot an attempt from 38 yards to the left before missing to the right of 46.

But the Ravens again fell short on downs after Myles Garrett recorded a sack on the first down and shared a sack with Perrion Winfrey on the second down.

Brown’s defensive end Jadeveon Clowney suffered a head injury late in the first half and did not return.