East EndersKeanu Taylor will feel the pressure when he gets a warning from Phil Mitchell after Christmas.

Danny Walters has reprized his role as Keanu, who returned to Walford in a surprise twist earlier this month.

Viewers know that Keanu made Phil Mitchell an enemy before he left in 2019, due to his affair with Sharon.

However, the pair seem to have formed an alliance in their absence, as they now team up as part of Phil’s ongoing feud with DCI Keeble.

A twist in Thursday’s episode saw Phil and Keanu meet to discuss their secret, having ostensibly gotten into a fight at the pub earlier.

The story will pick up after Christmas, as problems in Phil’s personal life threaten to completely ruin his plan.

Phil has a rough Christmas Day with his partner Kat, who has to admit she mentioned to Keanu about his alliance with Phil at The Albert and people may have heard.

Determined to move forward, Phil and Keanu later meet to talk about how to get Keeble to get himself involved.

Phil gives Keanu a lifeline by promising he can stay in Walford if he succeeds.

As Phil and Keanu continue to plot in secret, Sam quickly grows suspicious.

She follows Keanu and is shocked by what she sees when he meets Keeble.

Sam is convinced she is on to something and reports it to Phil, whose disappointing response further raises her suspicions.

As Sam continues to search for answers about what’s going on, Phil worries about the lack of movement in their plan.

Frustrated, Phil is about to call off the whole deal as Keanu is going nowhere. Will this prompt them to make a new plan? 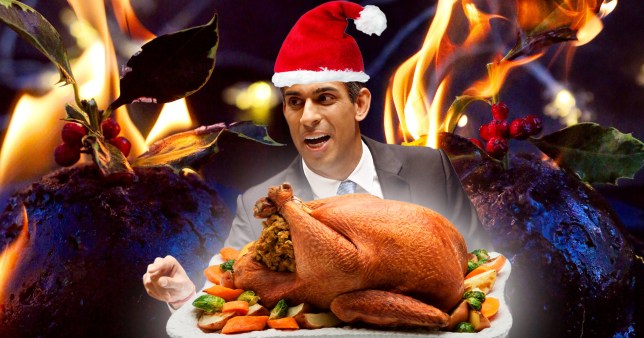