James Anderson took a crucial wicket after lunch as the Second Test between England and Pakistan was on the line on day four.

After two quick wickets from Mark Wood before half time brought England back under control, Abrar Ahmed hit 17 runs from 12 balls to dismiss the hosts within 45 runs of leveling the series.

But the veteran England bowler kept his nerve as Ahmed continued his swing, tempting the rearguard into a flashy drive through the covers, which was caught by Ben Duckett. 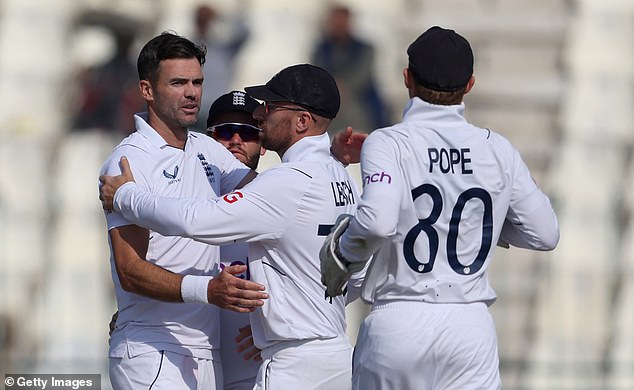 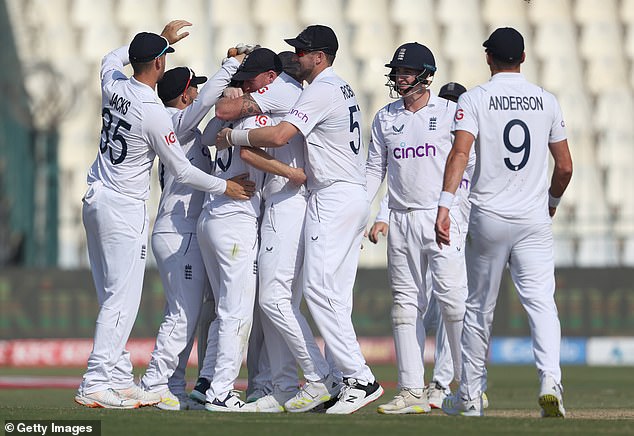 Two quick wickets from Wood shortly before lunch on the fourth morning had given England a great chance for a historic 2-0 victory in Pakistan.

Put 355 for an improbable win – more than any team has ever successfully chased to win a Test in this country – Pakistan had reached 290 for five when Ben Stokes asked his fastest bowler to aim short.

The move paid immediate dividends. After adding a seemingly match-winning 80 for the sixth wicket with Saud Shakeel, Mohammad Nawaz made one down the leg side and was easily caught by Ollie Pope for 45. 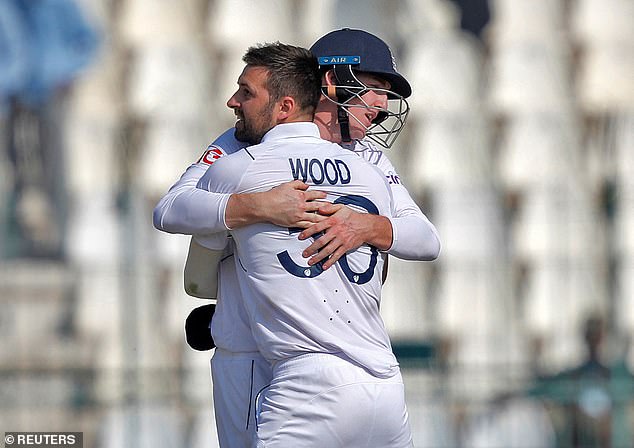 The bear hug that Stokes Wood smothered said it all: England’s chances of winning the series with a game to spare were still very much alive.

And they were better than that in Wood’s next over, when Shakeel – who had batted heroically for 94 for nearly five and a half hours – made another leg-side delivery. This time Pope threw himself low to the right and claimed the capture.

The field umpires Marais Erasmus and Aleem Dar deliberated and gave a soft signal, but TV official Joel Wilson took forever to uphold their decision. Doubt surrounded whether Pope had dragged the ball on the ground after it got into his gloves. 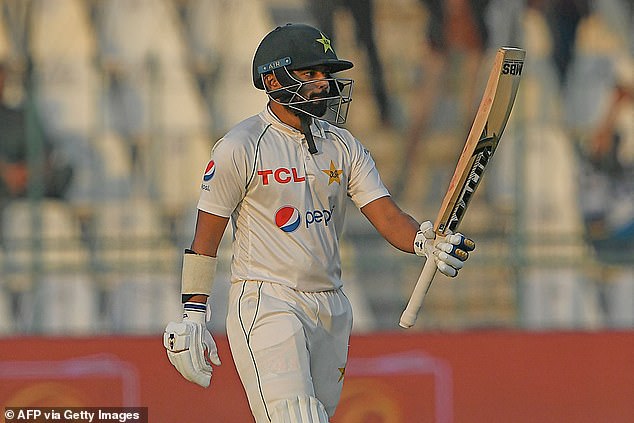 Shakeel hit an impressive 94 to close victory for Pakistan, but fell behind 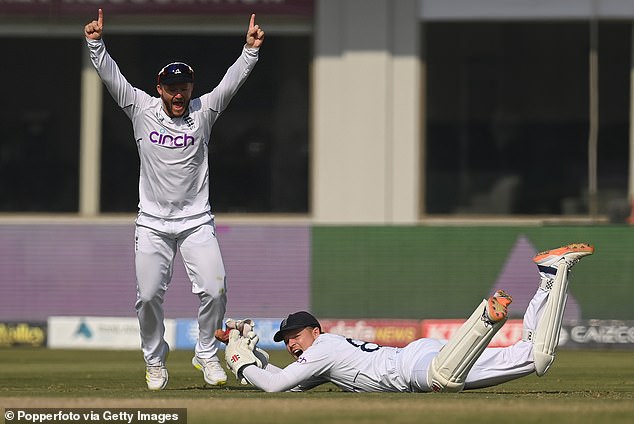 Pakistan assessed Shakeel’s dismissal, but the third referee failed to come at the soft sign of it

The footage seemed inconclusive, but Wilson decided his fingers were under the ball and England were delirious. Lunch was taken moments later at 291 for seven, still 64 short of the win that would take this match to the decider in Karachi later this week.

When Pakistan resumed at 9:45 they were 198 for four, still 157 adrift for victory and with a long tail encouraging English thoughts to a quick conclusion.

Faheem Ashraf’s early wicket did not deter them, he was caught on a slip by Zak Crawley for 10 when he poked into a Joe Root off-break. 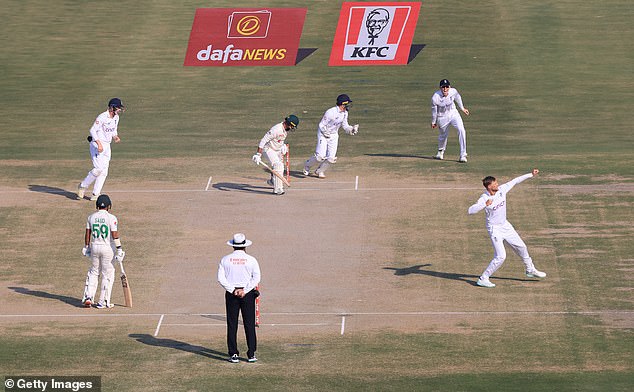 At that point Pakistan – who had lost Imam-ul-Haq late the night before – was 210 for five, and WinViz in favor of England.

But Shakeel looked motionless and although Nawaz occasionally rode his luck, especially against Ollie Robinson with the second new ball, Pakistan’s sixth wicket pair appeared to have done much of the hard work.

Then came Wood, who kept England’s hopes alive for what was to be a memorable series win.