Glassmaker Pochet du Courval SAS has been making perfume bottles for the world’s top beauty brands since before the invention of the telephone, through countless consumer booms and busts. Executives at the French company say they have never been as busy as they are now.

“Demand is just so strong that we can’t keep up,” said Yves Bouquier, president of Pochet’s US subsidiary. “We’ve never delivered more perfume or beauty bottles in our entire existence.” The company delivered 270 million glass perfume bottles and beauty jars this year. That’s a record for the 400-year-old company, which says it produced the first bottle designed by a perfumer for Guerlain in 1853.

Global sales of premium fragrances began to pick up during the pandemic and have picked up steam over the past year. The demand seems to persist, at least for now. While sales of other luxury goods, especially more accessible entry-level products, have slowed somewhat as the economic outlook deteriorated, demand for perfumes and eau de toilettes has remained robust.

“Fragrance has been kind of an afterthought,” said Nik Modi, an RBC Capital Markets analyst. “That’s starting to change.”

The growth has sparked a debate among analysts and beauty company executives about whether the momentum will continue quickly or begin to fade like other consumer pandemic flashes.

“We initially thought, ‘Okay, this is just pent up demand,’ but we’ve seen it go on for about three years,” said Michel Atwood, chief financial officer of Inter Parfums Inc., which manufactures and distributes fragrances for brands. including Oscar de la Renta, MCM and Donna Karan. “As we begin to understand consumer growth, we’re seeing a lot of new consumers,” he added. “When consumers start to get interested in this category, they usually stay. It’s a bit of an acquired taste, like wine.”

Sales of high-end fragrances in the U.S. totaled $4.6 billion from January to October, up 56 percent from 2019 and 13 percent from the same period last year, according to data from NPD Group. And it’s not just higher prices that are boosting these numbers – unit sales rose nearly a quarter from pre-pandemic levels in the first 10 months of this year. The fragrance and other prestige beauty sector is the only one to show growth in unit sales among the 14 retail discretionary spending categories that NPD tracks. Sales of mass-market perfumes, meanwhile, have declined and are well below pre-pandemic levels, according to data from Information Resources Inc.

Fragrance manufacturers and retailers expect demand for their premium products to remain strong through the holiday season and beyond. “This shift is clearly a structural shift,” said Sue Nabi, CEO of Coty Inc., which makes fragrances for brands like Gucci, Hugo Boss, and Calvin Klein. “The best evidence is the fact that people are buying more and more expensive items,” Nabi told analysts during Coty’s November earnings call.

While perfume has long been a popular gift for Mother’s Day and the holiday season, Nabi said more customers have been buying Coty’s fragrances for themselves in recent years and incorporating these new scents into their personal care routines. Consumers are increasingly seeing perfume as similar to skin care, Nabi said, as part of daily or weekly practices to boost their overall “well-being,” rather than as an extravagance.

Shoppers also turned to fragrance during the pandemic because it was an accessible luxury and a pick-me-up, but one that could be used on a daily basis, even when stuck at home – unlike a luxury handbag.

Home fragrance products such as candles and diffusers have also sold well in recent years as people see them as a form of self-care and use fragrances as a way to differentiate between their work and living spaces “in a world where those lines are blurring more and more,” said Artemis Patrick, global chief merchandising officer at Sephora, owned by luxury juggernaut LVMH.

Patrick said she expects Sephora’s home fragrance business to nearly double in the next few years, but declined to give more specific numbers. Sephora’s total sales of fragrances will continue to grow significantly, she said. “We are growing faster than the market and we continue to gain market share,” said Patrick.

Another reason beauty executives are optimistic about fragrance is the growth potential in China. Nabi, the CEO of Coty, estimates that only about 3 percent of China’s population wears fragrance. Consumers in Western Europe account for the largest share of perfume purchases worldwide, followed by those in the US and Latin America, according to data from Euromonitor International, a market research firm.

In China, “we continue to see tremendous upside for fragrances,” said Sephora’s Patrick. Globally, she added, the demand for fragrance is “a shift in mindset that I don’t see going away.”

Raymond James analyst Olivia Tong said she is “concerned about the longevity” of demand for fragrances, despite recent strong ones. The category would most likely be the first of the beauty products to take the blow of high inflation and dwindling savings, she said.

The industry has already encountered known supply chain hurdles that could slow its growth rate. Fragrance makers struggle to find the glass, caps and syringe pumps they need to assemble perfume bottles. Some suppliers also struggled to keep up with high consumer demand, particularly those already catching up after closing their operations during the lows of the pandemic.

What drives the escape fragrance tree

Sales of bold fragrances inspired by faraway destinations have fueled an explosion of fragrances during the pandemic, and the return of travel hasn’t slowed the momentum. 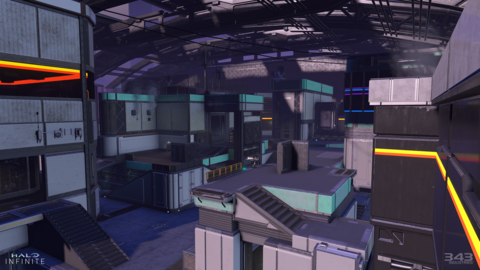