George Cohen’s death at the age of 83 leaves just two members of the England team that started the 1966 World Cup final.

Sir Bobby Charlton and Sir Geoff Hurst are now the only living players from the side that famously and thrillingly defeated West Germany 4-2 after extra time at Wembley.

It remains England’s only major tournament win, although the current crop of Gareth Southgate came agonizingly close to beating Italy in the Euro 2020 final last summer.

Cohen started the ’66 final at right-back and was named vice-captain, while Sir Bobby Moore took over the armband as England came out on top thanks to a Hurst hat-trick.

Cohen also had an infamous moment earlier in the tournament when he went to swap shirts with an Argentina player following England’s quarter-final win, but was stopped by manager Sir Alf Ramsey, who later branded the Argentines ‘beasts’ for their foul play during the match. The incident was caught on camera and remains a memorable image to this day.

During his international career, Cohen earned 37 caps for England, with his last appearance coming against Northern Ireland in 1967.

Cohen spent his entire club career with Fulham, making 459 appearances between 1956 and 1969. He became known for his hard tackles and overlapping runs down the right flank for the West London team.

A statue of the defender was unveiled outside Craven Cottage in 2016, 50 years after England’s World Cup victory. 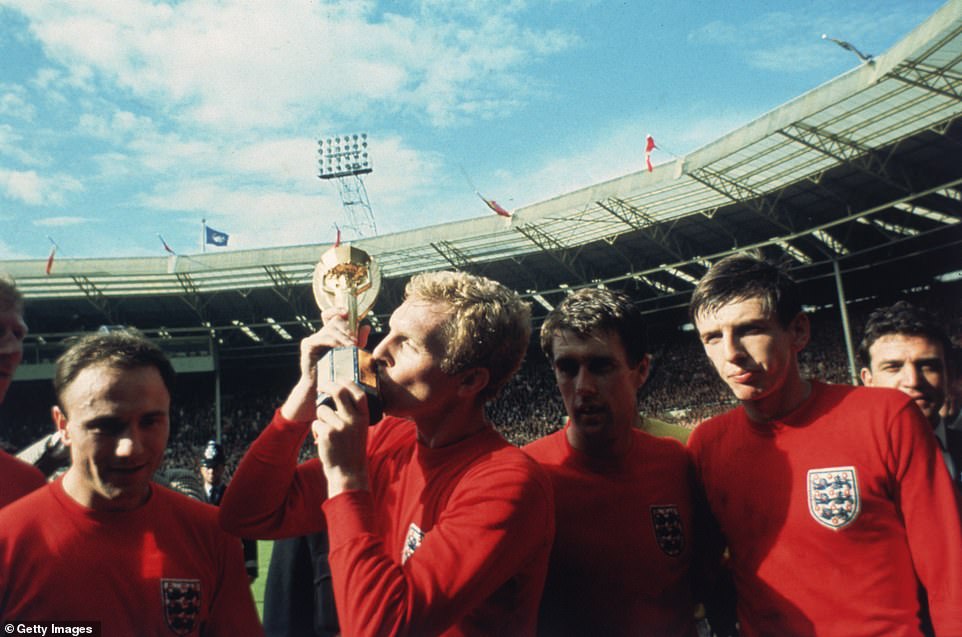 George Cohen (left), who started as right-back in the 1966 World Cup final, has died aged 83 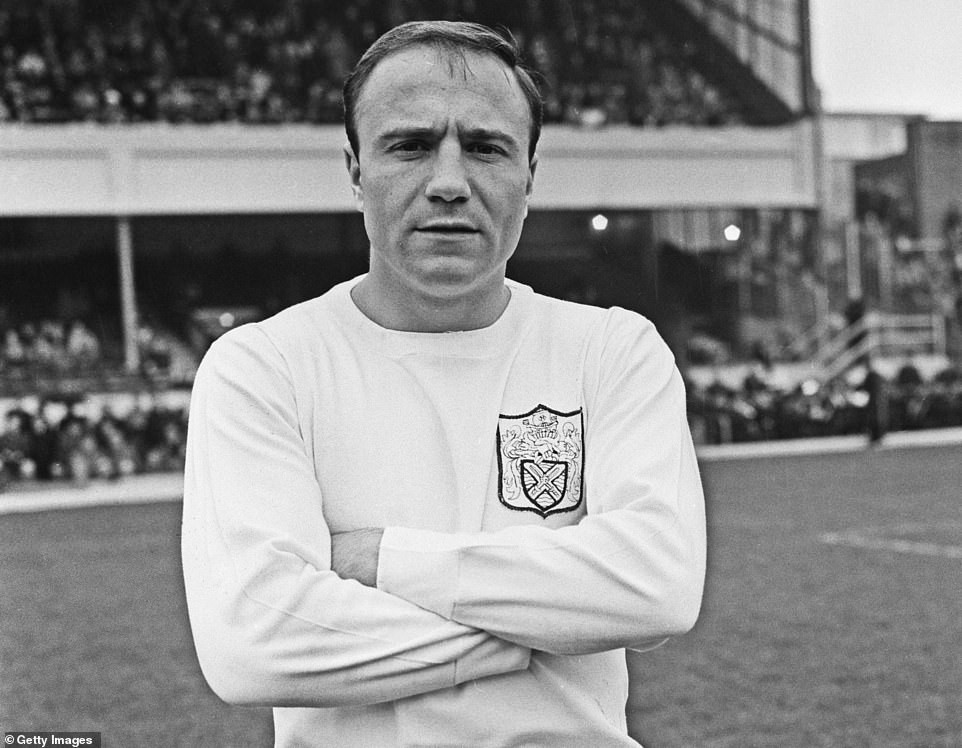 As well as winning the World Cup with England, Cohen also spent his entire club career with Fulham before retiring in 1969. 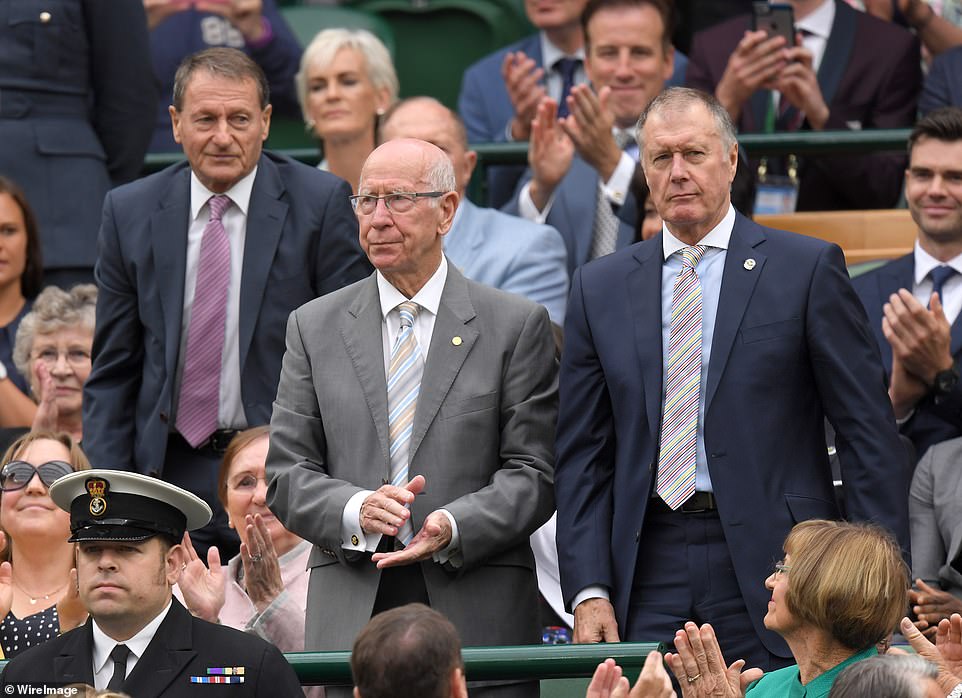 Bobby Charlton (left) and Geoff Hurst (right) are now the only two remaining members of the 1966 final. 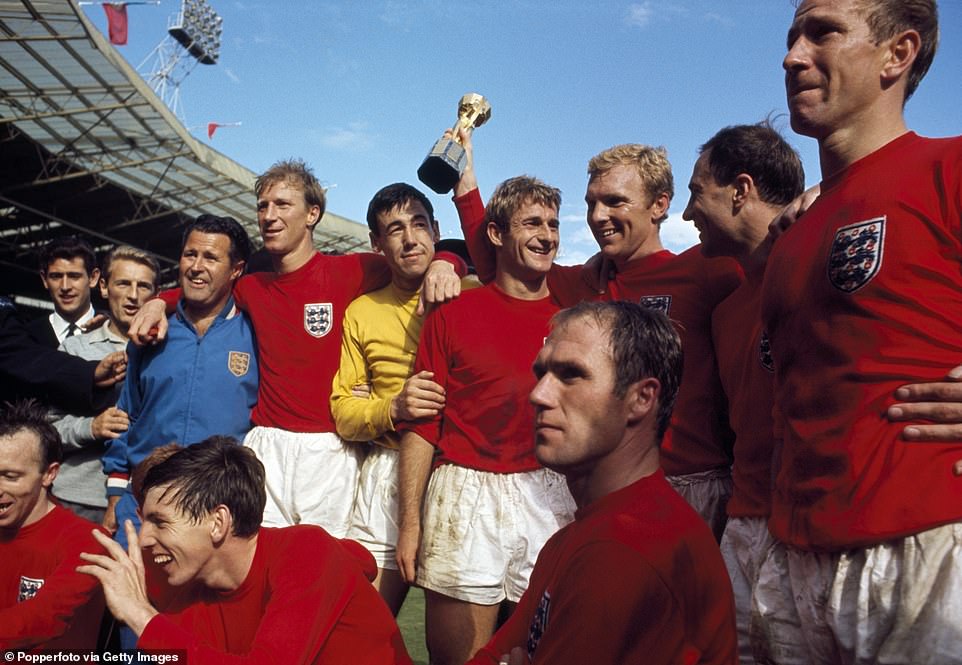 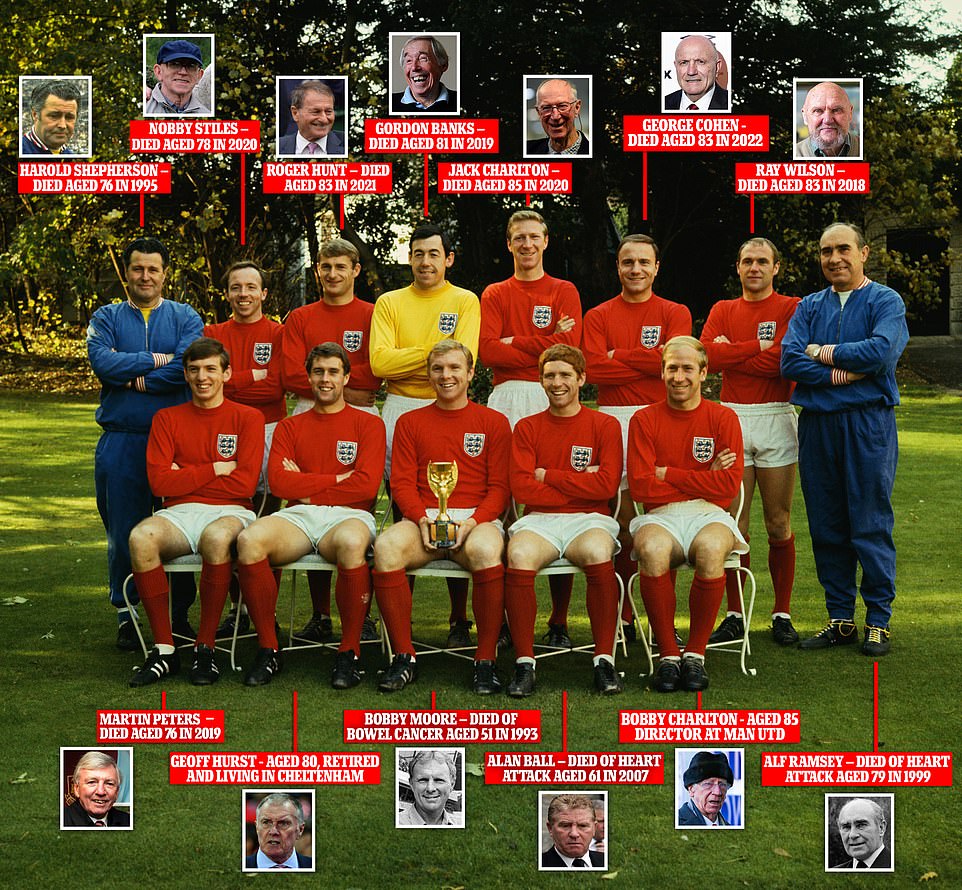 Here’s what happened to the rest of the England team going into the 1966 World Cup final.

Gordon Banks – One of English football’s foremost goalkeepers, Banks made 73 appearances for England, in addition to making 356 appearances for Leicester City and 250 for Stoke City. He pulled off one of the greatest saves ever to deny a certain goal by Brazil’s Pelé in the 1970 World Cup. Banks died in February 2019 at the age of 81. 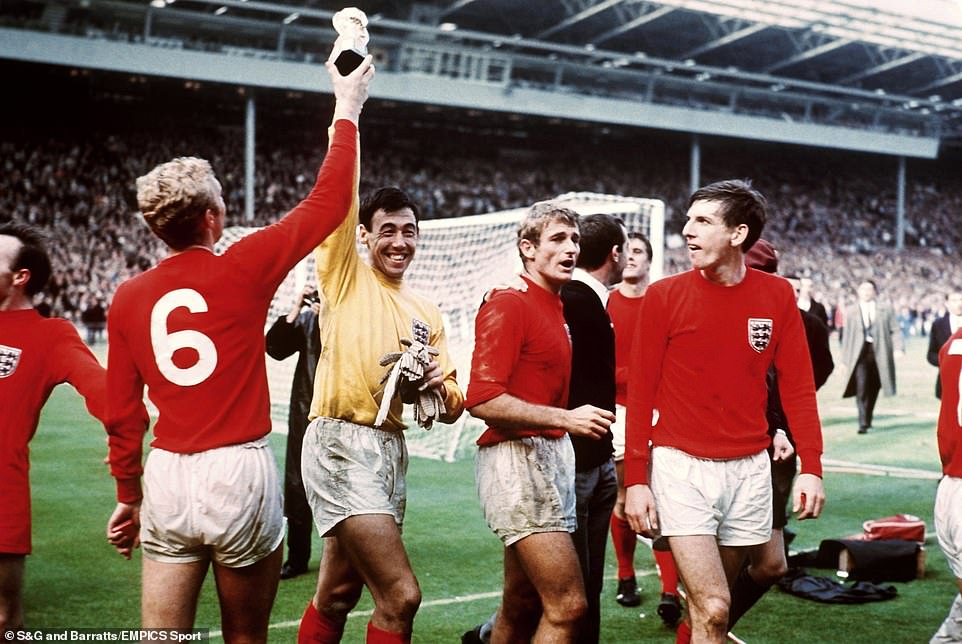 Jack Charlton- The centre-back was another who played for just one club, spending a remarkable 21 years in the Leeds United side, scoring 762 appearances and scoring 95 goals. That included a league title, FA Cup and League Cup victories and two European Inter-Cities Fairs Cup successes. Played 35 times for England and later captained the Republic of Ireland in three major tournaments. Passed away in July 2020 at age 85 after suffering from lymphoma and dementia. 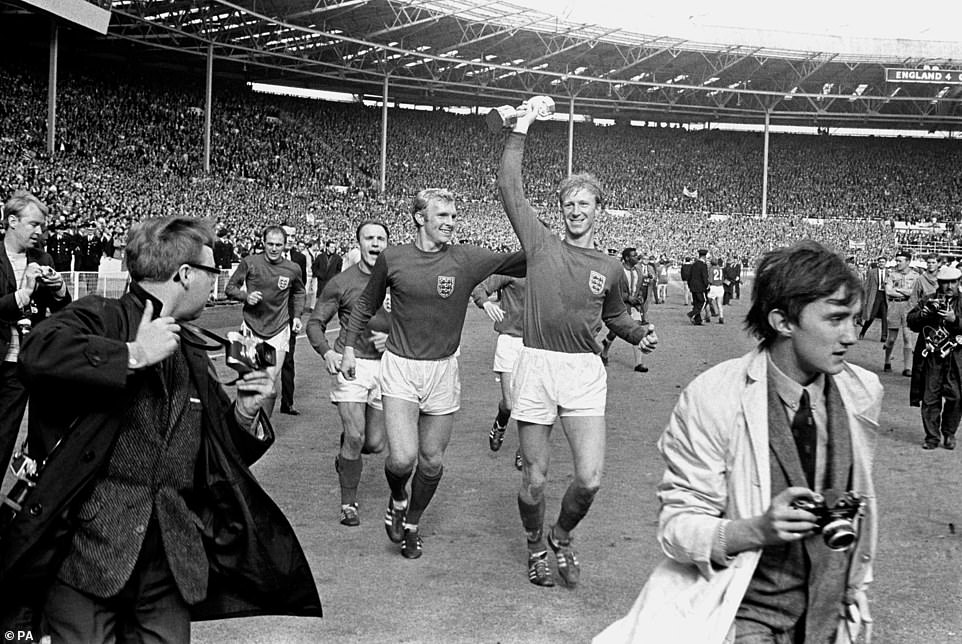 bobby moore One of the best defenders to ever play the game, Moore led England to victory in 1966, wiping his hands so as not to get the Queen’s immaculate white gloves dirty during the trophy presentation. Spent most of his career with West Ham, making 647 appearances and captaining for over a decade. Pele described Moore as the best defenseman he ever faced. Moore died of colon and liver cancer in February 1993 at the age of 51.

Ray Wilson – Left back who played for Everton at the time of the 1966 win and started his career with Huddersfield Town. He had won the FA Cup at Wembley just before World Cup glory. Wilson won 63 caps for England and also played in the Euro 1968 final. He was England’s oldest player in the 1966 final at the age of 31. He died in May 2018, aged 83, after suffering from Alzheimer’s disease for 14 years.

Nobby Stiles – Danced on the Wembley pitch with the Jules Rimet trophy in one hand and his dentures in the other. Stiles was a no-nonsense defensive midfielder tasked with tracking down dangerous opponents and winning the ball back. In the semifinals with Portugal, he knocked out Eusebio. Spent most of his career with Manchester United where he achieved great success. Died in October 2020 at the age of 78. He had prostate cancer and advanced dementia. 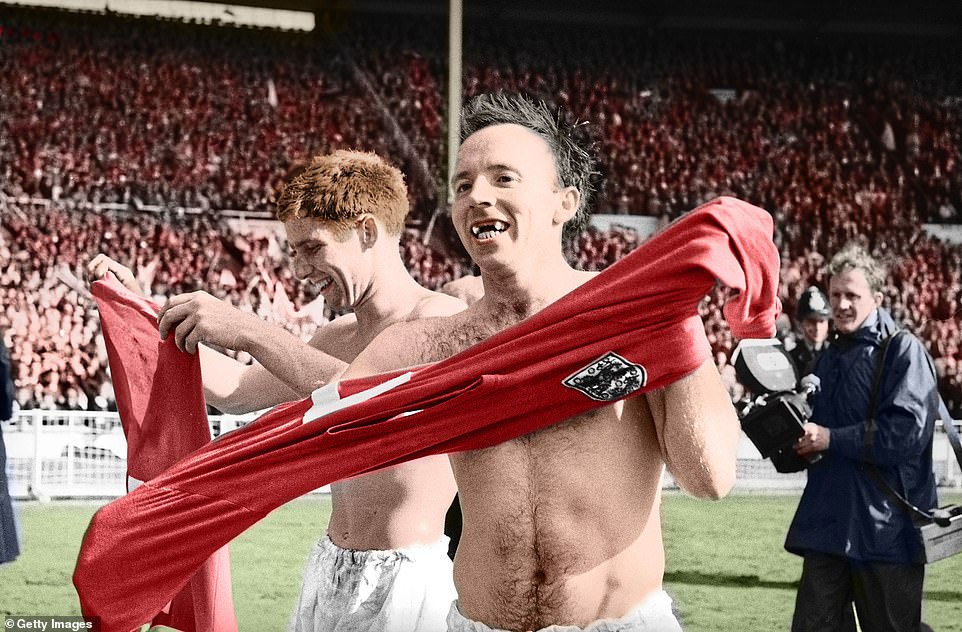 Alan Ball – The midfielder was admired by Ramsey for his stamina and hard work which would earn him 72 caps for his country. Moved from Blackpool to Everton in the summer of ’66 and would go on to play for Arsenal and Southampton before moving into management. Died of a heart attack in April 2007 aged 61.

Bobby Charlton – An England legend who was the national team’s record goalscorer with 49 until surpassed by Wayne Rooney. Retiring from international service in 1970, he was also the team’s record caps winner at 106. A long and remarkable career was dominated by 17 years in the Manchester United first team during which he survived the Munich air disaster and spent ten years won the European Cup for a long time. later. Now 85, Charlton was diagnosed with dementia in 2020. 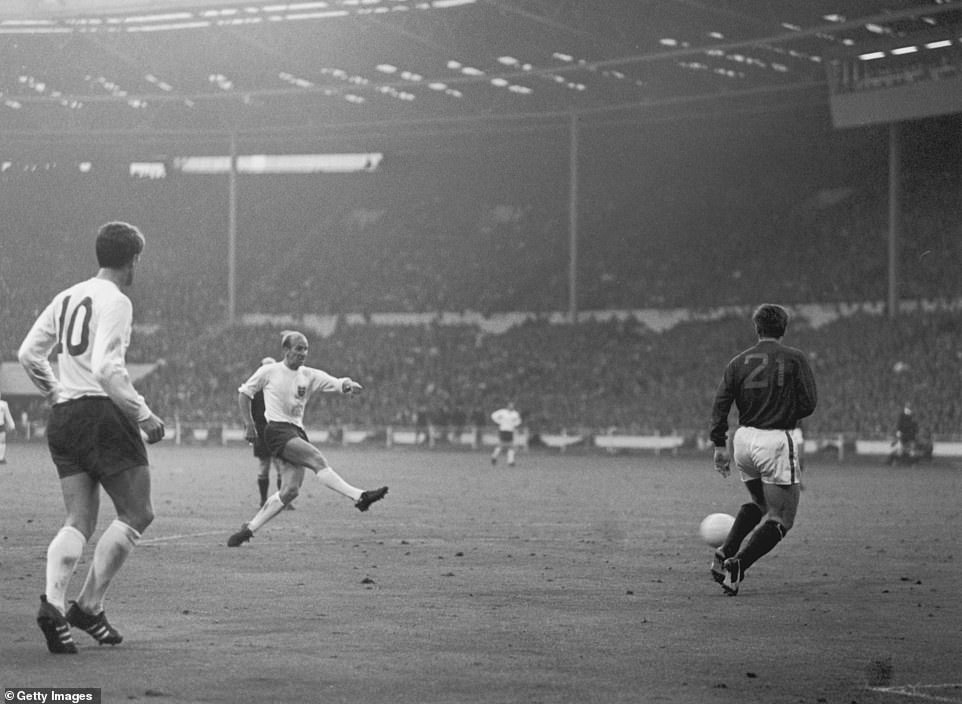 Martin Peters – West Ham’s Peters scored the second of England’s four goals against West Germany. It was only his eighth cap, but he would win 67 and score 20 goals. Played over 700 games in his professional career for West Ham, Tottenham, Norwich and Sheffield United. Another who suffered from Alzheimer’s disease in later life died in December 2019 at the age of 76.

Roger Hunt- Hunt played in all six matches of the 1966 tournament, scoring three goals, including a brace against France. He spent most of his club career with Liverpool, scoring 244 goals in 404 games as he established himself as a prolific goalscorer. He died in September 2021 at the age of 83.

Geoff Hurst- Arguably the most famous of the 1966 heroes and certainly to a modern generation, Hurst scored a hat-trick to sink West Germany. His third goal, in the closing stages of extra time, was accompanied by Kenneth Wolstenholme’s immortal comment: ‘They think it’s all over… it’s now!’ Scored 24 goals in 49 England games, played in two more tournaments and was prolific for West Ham, scoring 242 goals in 500 appearances. Now 79 years old. 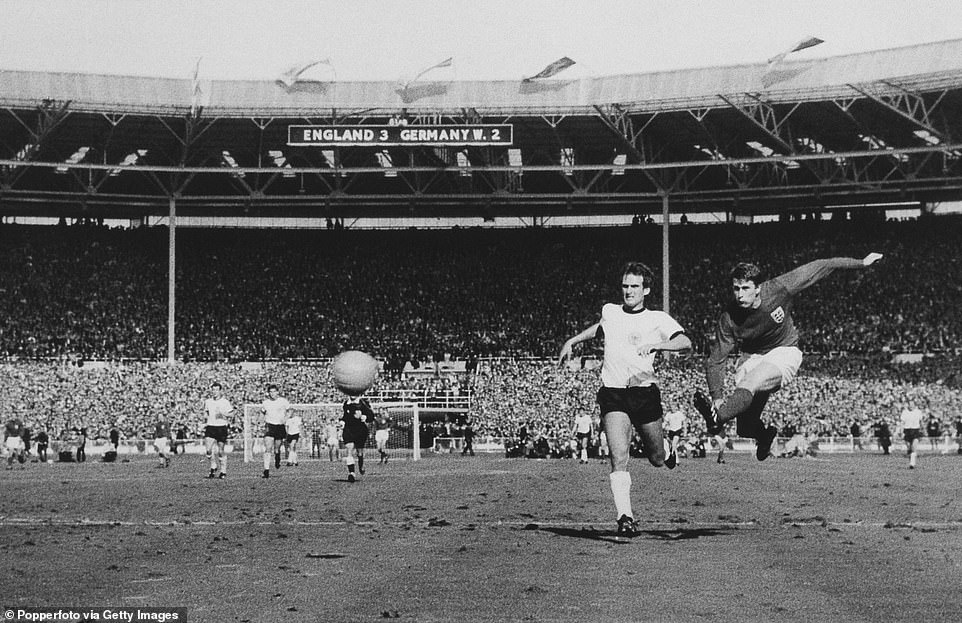 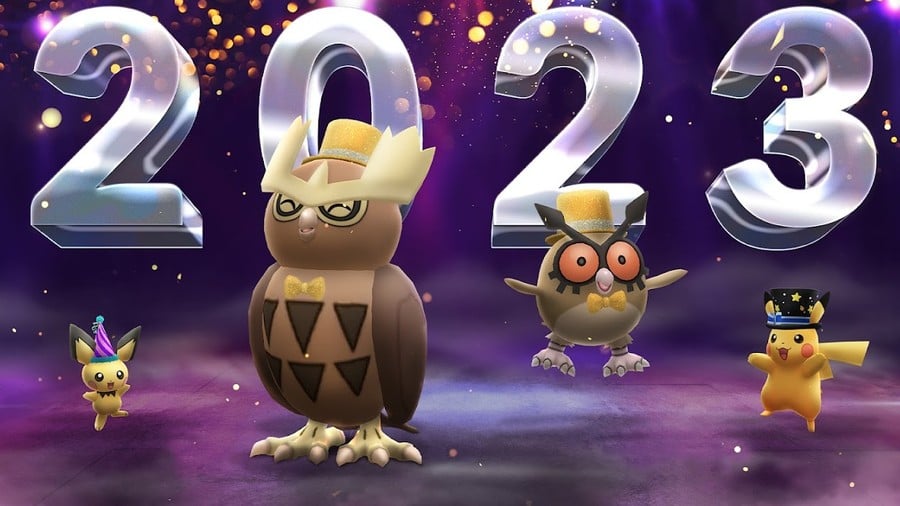