Eight sides from England, eight from France, three from Ireland and one each from Scotland and Wales were joined by three newcomers from South Africa in a revamped premier club competition – so what are the main talking points of the opening weekend?

Tigers dig in amid speculation in Borthwick

There was a lot of noise in the area Leicester Tigers boss Steve Borthwick this weekend as he is among the favorites to replace Eddie Jones as England head coach.

But the former lock was quick to shut down any suggestion of such a move during his pre-match press conference on Friday, and that message was conveyed to his players against Ospreys.

Anthony Watson’s stunning solo effort saw Leicester come from behind and earn a 23-17 win against the Ospreys in Swansea.

After the match, Borthwick said he was “fully focused” on facing Clermont next week – it remains to be seen if he will still be in charge by then?

Arguably the headliner of this year’s tournament is the introduction of the South African teams the Sharks, Stormers and Bulls.

The Cell C Sharks were the first to take their bow in the formerly all-European competition with a 39-31 bonus points win over Premiership side Harlequins in Durban.

Josh Bassett’s second try took Quins within one point of victory with five minutes remaining, but Boeta Chamberlain scored to seal the win and take a losing bonus point away from the visitors, following previous tries for the hosts from Bongi Mbonambi, Werner Kok and two from Makazole Mapimpi.

Andre Esterhuizen – a former Sharks player – scored two tries for Quins, but it was only enough to secure a four-try bonus point.

The Stormers lost 24–14 to the French side and finished second three times Clemont AuvergneWhile the Bulls defeat Lyons 42-36 in Pretoria.

Three time winners Saracensreturning to the league after a two-season hiatus, had to come from behind to make money a 30-26 bonus point win over Edinburgh on Sunday.

The Premiership leaders, who have won their first nine league games of the season, fell behind early on as their Scottish visitors played on purpose.

Edinburgh scored the opening try through Luan de Bruin, before Elliot Daly cross to the hosts. Ben Earl, Alex Lewington and Tom Woolstencroft all crossed to secure the bonus point for the hosts at StoneX Stadium, while Wes Goosen’s late try secured a losing bonus for Edinburgh.

Sell ​​sharks continued their momentum after three league wins with a comfortable victory over Ulster in the early game on Sunday, scoring six tries to claim a 39-0 bonus point win at AJ Bell stadium.

Ulster’s preparation for the match was disrupted by the cold weather in the North West of England, forcing them to travel on the morning of the match after their Saturday flight was cancelled.

The French side have been in indifferent form with three defeats in their last five games, but they took control against Saints as Brice Dulin, Pierre Bourgarit, Pierre Boudehent and Dillyn Leyds took the bonus in the first half.

Gregory Alldritt scored a clearance and scored a fifth try before Ulupano Seuteni added a sixth.

There was some positivity for Saints, who welcomed England striker Courtney Lawes off the bench for the first time in two months, before James Ramm and Matt Proctor scored consolation tries.

Next for the holders is a trip to Ulster.

Injury to Leinster‘s Johnny Sexton prevented the latest installment in the 10’s battle between Irishman and Scottish Finn Russell.

Ross Byrne stepped in to replace Sexton at the fly-half for the four-time winners as they dominated the three-time runners-up Racing 92 to secure a 42-10 bonus point away win.

Josh van der Flier was named Men’s Player of the Year at the World Rugby Awards last month and his year only gets better as he scored two tries in France, with Andrew Porter, Dan Sheehan, Garry Ringrose and Ed Byrne also ahead of the visitors.

Russell was limited to just five points from the boot, including a conversion for Christian Wade’s effort, as the disciplined Leinster defense prevented him from pulling the strings in midfield. 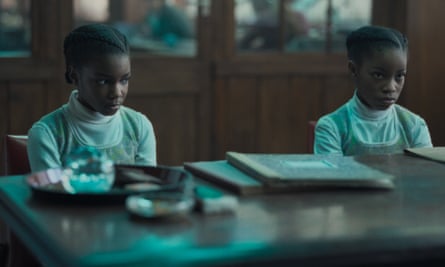