If you’re a VC, how do you find the next generation of UK start-ups?

Those who want to go for the easy option can start by checking out the established tech hubs. After all, you won’t go far wrong by scouring the shared workspaces of London, Manchester, Bristol or Cambridge for talent.

Then you could narrow things down by focusing on a few hot sectors and asking your network for examples of founders doing interesting things. No doubt your search will yield some promising candidates and you may even invest in some of them.

But do you miss it? If you look in the usual places and find founders networked well enough to find their way onto investors’ radar screens, are you perhaps overlooking innovators from smaller cities, ethnic minorities, or backgrounds outside the usual socioeconomic catchment areas? You could call the companies the unknown unknowns. And you may find that you mostly talk to men, even though there are plenty of women who start and grow good businesses?

In other words, can the narrowness of your network combined with certain unconscious biases limit the size of the pool you fish from?

Well, maybe. But even if a VC is looking for investment opportunities from as wide a range of sources as possible, it can be impossible to find enough time to review and filter a larger number of hopeful companies. It might be best to stick to the usual channels, even if it means overlooking a few opportunities.

Capital Pilot founder Richard Blakesley believes he has an answer to this dilemma. Originally an investment banker, he seeks to provide a route for quality startups to find investors while also providing VCs and angels with a wider range of suitably qualified prospects.

Capital Pilot is essentially a rating company. Early stage companies upload their business data – including pitch decks – and Capital Pilot will provide an investment score within a few days – plus detailed feedback on what can be improved. The idea is that startups should use the service before embarking on a funding journey. The feedback helps them address and resolve issues that may be red flags for VCs. To date, approximately 2,500 companies have been assessed.

“The proof is that if you have a high rating, you will complete your next fundraiser,” says Blakesley. “If you have a low rating, then no.” In addition to the rating, the company will also help to match good startups with investors.

But let’s take a step back. This is also a service for VCs and angels, but they are certainly capable of reviewing companies for themselves. After all, they are industry insiders with their own criteria. Blakesley says Capital Pilot provides a quality control filter for a wide range of potential investments. Equally important, he says the assessments are comprehensive and systematic. “A VC will say he wants a good team. How do you know what a good team looks like. We split up all the components that make a good team,” he says as an example.

So what effect could this have on the market? Well, Blakesley says a by-product of Capital Pilot’s approach is a broadening of the founders’ talent pool. The rating system identifies companies that would otherwise struggle to be heard. “Our rating system looks at companies that VCs wouldn’t normally see,” he says.

That in turn leads to more diversity, he says. More companies from outside the major hubs, more female leaders and a significantly higher percentage of founders are from ethnic minorities.

All well and good. But no matter how effective the rating system is, it will only reach its full potential if VCs sit up and take note. Blakesley acknowledges that Capital Pilot is on a journey with the VC and angel community. “You will have fund managers who are against any system that questions their own expertise. Expertise is what fund managers sell,” he says.

On the other hand, he says, fund managers are receptive to a system that provides qualified deal flow.

Recently, Capital Pilot expanded its offering with the creation of a £5 million Boost Fund. It is open to highly rated companies that go through the system. Those with a suitable score can secure £50,000 in pre-appraisal money. The startups can then seek additional funding elsewhere.

The Fund – which has made 100 allocations – suggests that the Capital Pilot Approach does indeed lead to greater diversity. Forty percent of those who have access to Boost Fund cash are based outside London, a similar percentage have BAME founders and 50 percent are led by women. A Boost Fund 2 is planned.

That said, more than 70 percent of companies applying for a rating have participated in accelerator programs. That suggests that these startups do not appear out of the blue. They have already started to make their presence felt within the startup ecosystem.

Looking to the future, Blakesley hopes to increase the resources available to start-up companies. By creating a pool of qualified leads, he aims to attract institutional money. “We want to create a new system in which institutions like Legal & General can invest,” he says. 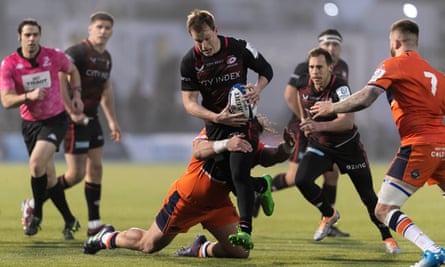