Cats are the ultimate pet for me.

I’ve always loved their unique blend of affection and apathy, and I really like those I’ve cared for.

But something I’ve found I really don’t like is being pestered for food on work visits or at night!

My relationship with my beloved rescue cat, a Turkish Angora named Ghost, was strained during the lockdown, but things were saved by an unlikely source: an automatic bird feeder.

When my partner and I moved into our first home ten years ago, a pregnant stray dog ​​moved in with us, gave birth to three kittens on our couch during Game of Thrones, and we’ve had shelter cats ever since.

I started caring for foster cats through the Chorlton Cats charity in my area during the first lockdown as the house felt empty working from home with no animal living in it.

After we found out I was pregnant, we decided to move, making Ghost our last foster cat, when we adopted him.

His demeanor was almost dog-like in his affection and love of people, which is typical of a Turkish Angora.

They are a naturally gregarious breed that enjoy socializing which was perfect for us as we needed a child friendly pet for the baby.

While on the street he had about 10 people from his estate feed him and this habit meant he was constantly consumed with where his next meal was coming from.

But when it came to living at home, it was hard to adjust to a set schedule.

From about two hours before his dinner time, he followed me around the house, meowing loudly.

He interrupted Zoom calls with his bushy tail, screeched into the laptop’s microphone, tried to jump out the window to find another household to feed him, and even tried to wake me up in the middle of the night for an extra meal.

Since I worked from home, he associated me with food much more strongly, but Ghost would also harass my partner if he came near the kitchen where we kept the cat treats.

We kept him on a strict diet as he was having problems with his teeth, weight and a dull coat from poor nutrition – we couldn’t feed him any snacks or let him out until his issues were under control, so he was driving us crazy in the meantime.

I felt terrible during pregnancy due to morning sickness and crippling headaches so I needed as much rest as possible during that exhausting time.

I was working three jobs – something that was only achievable with a good night’s sleep, and Ghost stopped doing that every night.

To stop the interruptions of my work and rest time, I had to lock him in the kitchen when my partner was not available. It wasn’t what I wanted, but I didn’t have much of a choice if I wanted to pay my mortgage.

Understandably, Ghost didn’t like this and reacted by pacing the room, scratching at the door, and occasionally knocking things off the shelves.

It was my friend who came up with the idea of ​​purchasing the feeder, as he had had a low-tech egg timer version of a feeder for his cat as a child.

After doing some research, he saw how much better they were now with smarter technology, especially since they can be completely controlled by your phone.

When the feeder arrived, things didn’t exactly look exciting. It was just a white plastic container with a tray on the bottom, but I downloaded the app to try anyway.

The dry food goes into the compartment at the top of the feeder with a mechanism that rotates to allow one or two small portions to fall into the tray below.

In the app I program the times I want his food to drop or it can be released manually with the push of a button.

Since Ghost loves to eat, it helps that the portions are small as they can be spread out throughout the day, giving him the relentless eating routine he clearly craves!

When I’m gone for a few hours, I don’t have to worry about whether he’s getting his food.

It’s such a good setup that we bought my mother-in-law the exact same model for an older cat she recently inherited.

Being semi-retired and living alone, it gives her the freedom to go out for half a day without worrying about her pet.

These days, Ghost always knows when he’s getting food and doesn’t have the same fears he had when he was an alley cat, and I don’t have the fears I had when he caused trouble.

The feeder has given me back my friendly pet as he comes to me for affection rather than just food.

Technology has changed our relationship and taken him from a nightmarish tenant to a dream roommate – and I wouldn’t have it any other way.


The technology I can’t live without

Welcome to The Tech I Can’t Live Without, Metro.co.uk’s new weekly series where readers share the piece of kit they’ve found indispensable.

From gadgets to software, apps to websites, you read about all kinds of innovations that people really rely on. If you have a bit of tech you can’t live without, email Ross.McCafferty@metro.co.uk part in the series

MORE: I Was Too Worried About My Baby To Sleep — Until I Put A Smart Sock On Him

MORE: Color-changing lightbulbs are the piece of technology I can’t live without 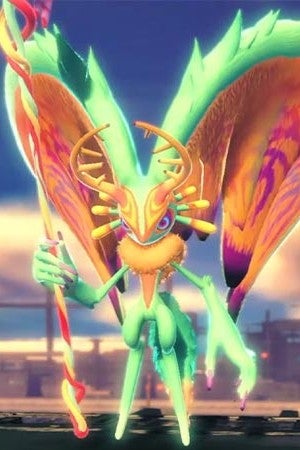