Labor refuses to pledge to withdraw the anti-strike laws proposed by the Conservatives, despite calling them “unworkable” and “grand”.

Neither Keir Starmer, the Labor leader, nor Rachel Reeves, the shadow chancellor, would commit on Thursday to rolling back the proposals, which include strict restrictions on when public sector workers can strike, if Labor wins the next election.

Rishi Sunak this week promised “tough new laws” to limit strikes as border guards were the latest group to announce their intention to walk out in the coming weeks. The government is already working on legislation to force transport workers to provide certain minimum levels of service, while Sunak has refused to rule out a full strike ban for aid workers.

Starmer called the legislation “wrong”, but would not commit to scrapping it if it became law. Reeves said the withdrawal commitment was “a bit rushed”.

“The Conservatives turn every day of the week and I expect several more before we go to the next election,” she said.

Starmer and Reeves spoke to an audience of business leaders at Canary Wharf as part of the party’s “shrimp cocktail offensive 2.0”, which seeks to replicate Tony Blair’s success in persuading business leaders to support Labour.

The event on Thursday included speeches from Amanda Blanc, the CEO of Aviva, and Ian Stuart, the CEO of HSBC UK.

Starmer told the conference: “Labour is back in business … We’ve had more business engagement in the last two years than the Labor Party has had in well over a decade.”

Labor’s promise to business includes scrapping corporate tariffs and more government investment in sectors such as the green economy.

Reeves also announced a range of policy proposals designed to help startups and small businesses, including more independence for the British Business Bank to invest in high-growth companies.

“The French are starting to eat our lunch when it comes to investing in startups,” she said. “I want us to get some of that action.”

Starmer, meanwhile, said the party would not impose windfall taxes on the financial services industry, as it promises to do on the energy industry. Asked to guarantee that this would not happen, he replied: “Yes. We drafted our tax rules very early on.”

The charm offensive seems to be gaining support among the business community.

Stuart told the event on Thursday: “I am delighted to be supporting today’s event, which is yet another reminder of the commitment Labor has made under Sir Keir and Rachel to engage more deeply with business.”

A corporate lobbyist told The Guardian that the party looked like “adults” compared to the government.

But Labor is in a more awkward position when it comes to its position on the strike action, which threatens to bring much of the country to a standstill over the winter, not least because it still relies heavily on union funding.

Figures released this week showed the party received £1.6 million in union donations between July and September this year, compared to £1.5 million from individual donors.

Starmer expressed his sympathy for those on strike saying, “They are facing a very real cost of living crisis. They struggle to pay their bills.” But neither he nor Reeves would say if they wanted them paid more.

Reeves said: “I have always said that Labor will not pluck numbers from thin air and that everything in our manifesto will be fully budgeted and fully funded.” 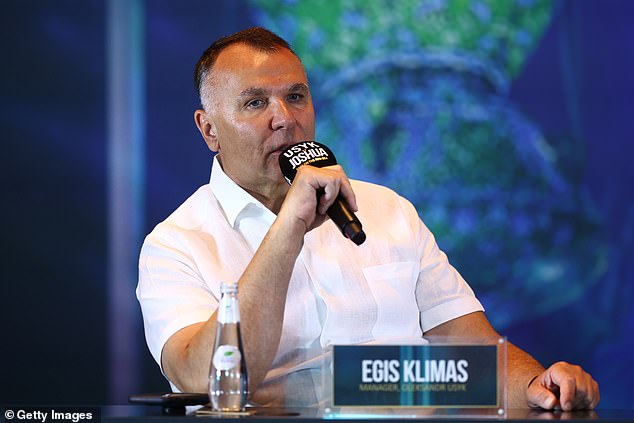