Melbourne Victory are barred from selling tickets to home games, while their fans are prevented from attending away games under Football Australia (FA) initial sanctions for the violent invasion of the derby pitch.

The victory was cautioned after 150 spectators stormed the pitch at AAMI Park during Saturday night’s A-League Men’s match against Melbourne City, forcing the game to be abandoned.

City goalkeeper Tom Glover suffered a concussion and facial laceration when he was hit with a metal bucket wielded by a field invader, while referee Alex King, a TV cameraman and two security guards were also injured in the fight.

Football Australia has yet to fully determine final sanctions as it has not yet completed the show cause process but has taken temporary action until January 15. 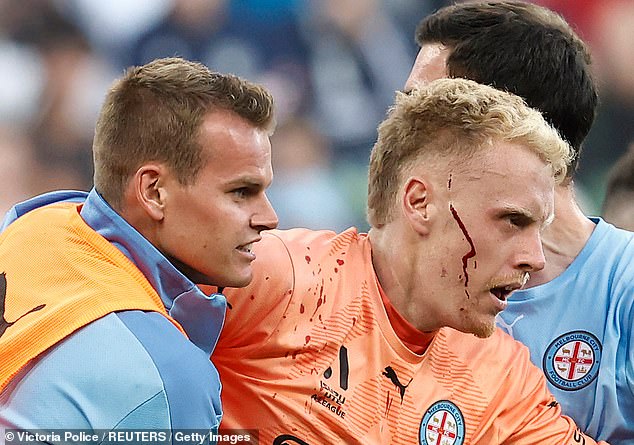 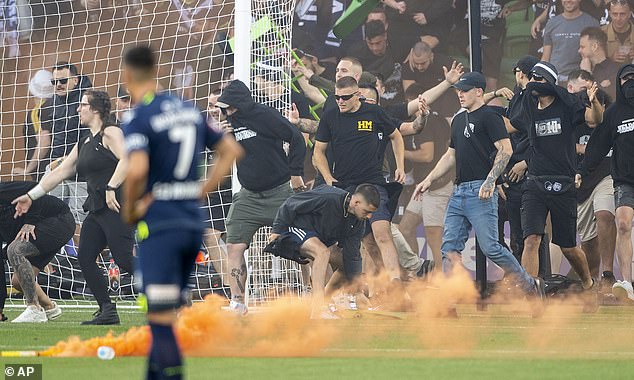 During that time, Victory fans will not be allowed to attend their Boxing Day away game against Western United at AAMI Park.

Only United members and fans who purchased a ticket before Friday 11am can participate, other tickets must be refunded and all related costs incurred by the ticket operator will be borne by Victory.

Victory fans will also be unable to attend men’s away games against Central Coast on New Year’s Eve or Adelaide United on January 14, as the away games are closed.

Tickets associated with a Victorian postcode or believed to be for Victory fans will be refunded.

Only Victory members can attend their January 6 double-header, where the men play Brisbane Roar and the women play Perth Glory, with other tickets refunded.

Victory women host Canberra United on December 31 and away City on January 14. 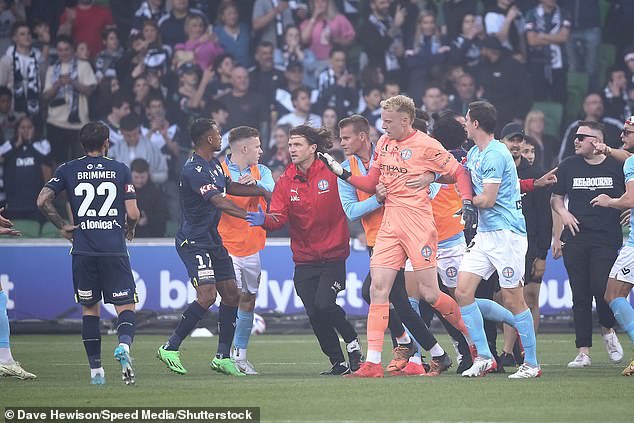 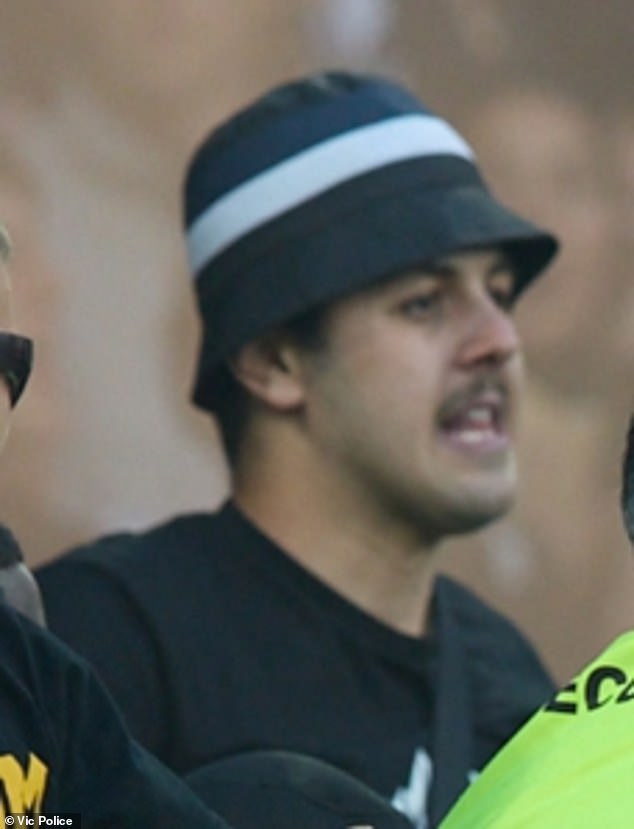 On Friday, Victoria Police released more photos of fans they are seeking over the field invasion (pictured)

The club’s active home and away zones are closed.

Melbourne City’s home and away bays will also be cordoned off at home games until otherwise advised as FA assesses City supporters’ derby behaviour.

The game’s governing body will use the show cause process to consider “further sporting and financial sanctions,” including point deductions and fines, for Victory.

Victoria Police confirmed 29 people had been arrested over the field invasion, with 24 – including 11 men aged between 18 and 38 who received treatment on Friday – charged so far.

Police have so far identified 36 individuals.

The FA has also issued a ban preventing the pitch invaders from attending or taking part in football.

Two field invaders received life suspensions on Tuesday, while another eight people were slapped with suspensions ranging from five to 20 years on Thursday.

About $150,000 in damage was done to AAMI Park during the field invasion and about 80 flares or fireworks were set off, police say.