Despite the selling pressure of the past few days, XMR has strong support in the $135 zone. Whether the bulls can force an uptrend from there largely depends on Bitcoin. The weekend could see a slow rise in the crypto market followed by a crash on Monday as SPX broke the 3911 support level a few days ago.

Monero cannot get past $150, but sales volume was only average 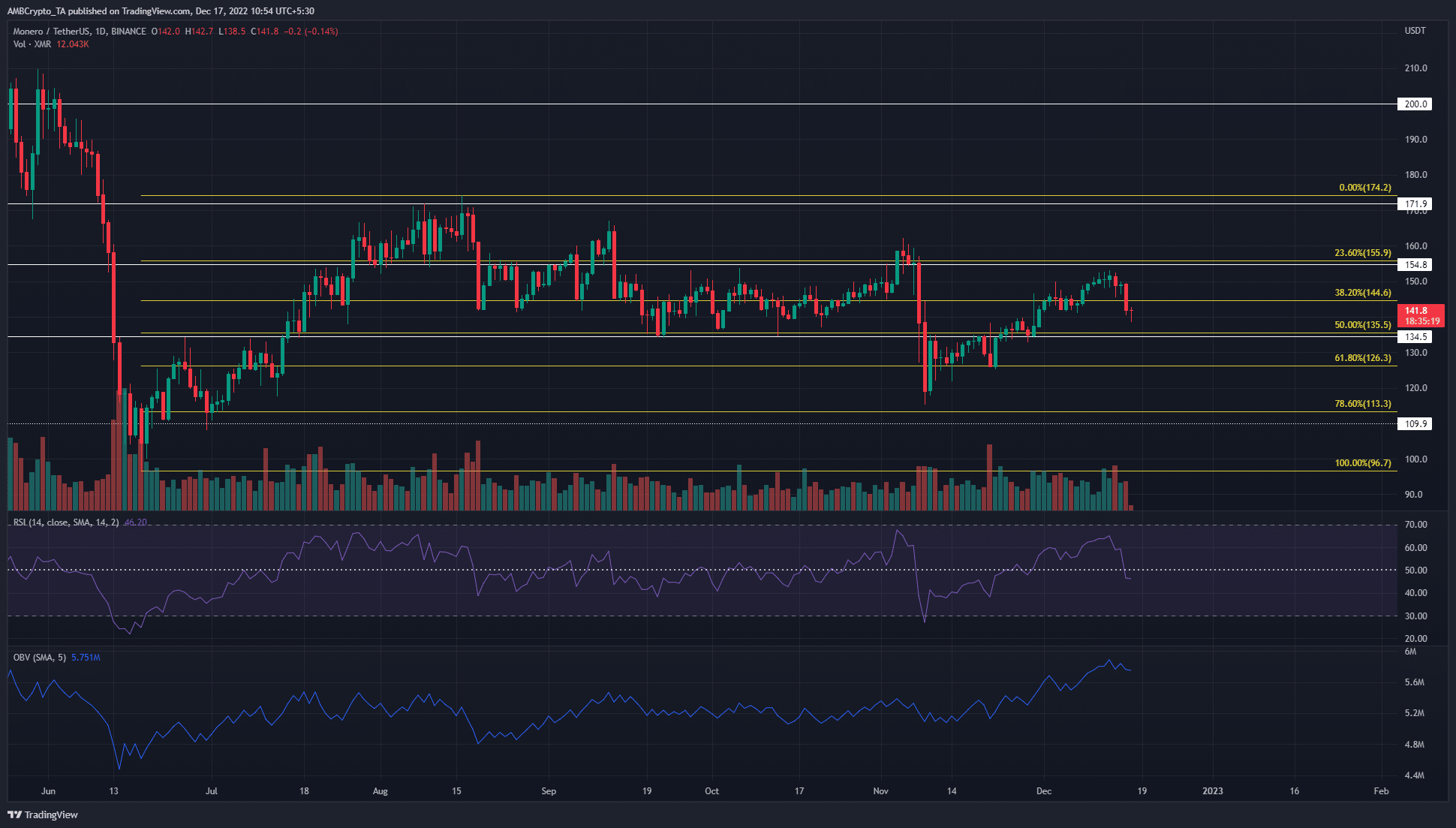 On the daily time frame, Monero’s trading volume was similar to the highs the asset has seen since September. The OBV showed that buying pressure was generally higher over the past four months. Evidence for this was the higher lows on the OBV.

Since August, however, the price has hit a series of lower highs. This indicated a downward trend, interrupted by shorter rallies. After the November sell-off, XMR fell from $158 to $119. Since then, the price has moved up to reach $151, but has dropped to $141 in recent days.

The RSI broke the neutral 50 mark, indicating that momentum was in the bears’ favor. Still, there was strong support for $135.5. It was the 50% retracement level based on a move Monero made in the charts in June and July.

Long-term investors should be wary. The trend on higher timeframes has not favored the bulls, despite the higher OBV lows. Shorter time frame traders can look for buying opportunities at $135. 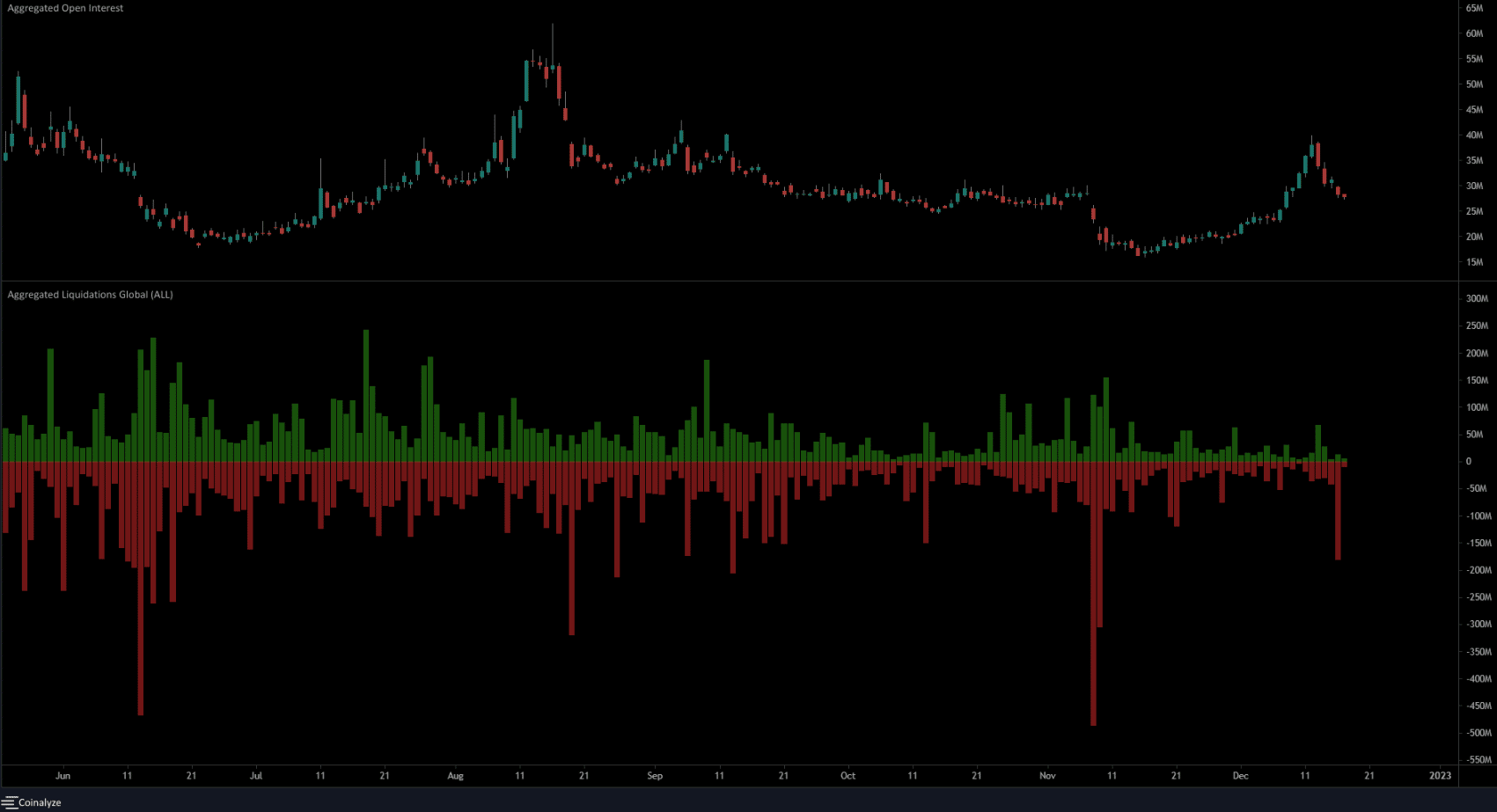 Coinalyze data showed that $179.6 million worth of long positions were liquidated on December 16. The closed long positions added to the selling pressure. Meanwhile, the funding rate remained in bearish territory at -0.022%.

Open interest also fell 9% in the 24 hours leading up to going to press. Since Dec. 12, the OI has fallen from $38.2 million to $27.7 million, signaling that the bulls should close, but not yet signaling a strong bearish trend.