No need for speed puts a new spin on the racing series with a graffiti-inspired aesthetic that enhances both the story and gameplay in refreshing ways. It’s amazing what a new coat of paint can accomplish, especially when combined with 60 FPS support on consoles, the return of police chases, an interesting approach to difficulty levels, and a well-curated soundtrack. However, there are some pain points that drag the experience down.

In Unbound, the player-created character is betrayed in the game’s prologue, losing his awesome car and forcing him to work his way back up. It’s the classic “power reset” cliché, giving players a taste of what max-level gameplay feels like before it’s quickly snatched away. It fits in perfectly here and is a refreshing change from the pace of games like Forza Horizon, which quickly give you the keys to the best cars. Working your way through the ranks to get better, faster vehicles is a staple of Need For Speed, and Unbound is based on this template.

When it comes to the story, there’s a strong Fast and Furious vibe, which works well enough to carry players from race to race, as they build up an arsenal of cars. Don’t expect a particularly deep story here – I can see some players outright ignoring cutscenes and dialogue – but it gets the job done.

As with most open world racing games, the real protagonist is the setting. Loosely based on Chicago, Unbound’s Lakeshore City is a great place to ride. The opening area explores the tame streets and highways, though the world soon opens up with mountain roads, muddy trails, and a test track.

It’s so great to see Need for Speed ​​running at 60 FPS on consoles. I was starting to lose faith as NFS seemed to be the only racing franchise that didn’t put framerates first. Both PS5 and Xbox Series X|S support 60 FPS, which not only means smoother gameplay, but also faster inputs. This is a huge win for the series and me never want to go back to 30.

I’m a big fan of Unbound’s overall aesthetic and commend the team for taking a big risk. In the opposite direction of the competition, which has focused on photorealism enabled by the new generation of consoles, the use of new cartoonish graffiti effects is extremely refreshing and unique, and they especially stand out during nighttime street races. However, they can also be toned down, for those who don’t like it that much.

Need for Speed ​​Unbound has an interesting gameplay loop. During each day/night cycle, players build up as much money as possible while also steadily increasing the Heat. The more players race, the more attention they attract from the police. The higher the Heat level, the more stubborn the police become and send harder and faster units. It’s an interesting risk and reward system that kept me on my toes the entire time.

Players keep racing to build up a collection of cars with which to compete in major races at the end of the week. The race types are your default tracks, point-to-point sprints, drift challenges, and whatever. There’s nothing groundbreaking here, aside from the difficulty.

You see, most players will not win every race they enter. Hell, they might not even make it into the top three racers. Instead, players select a competing racer as their rival and wager on victory. I admit I was frustrated at first with the super fast first places, but I quickly learned that the focus is more on beating rivals than coming out on top every time.

Do not buy Need for Speed ​​Unbound for multiplayer. It’s a lonely experience with long wait times where players trickle in. At least players can drive around while waiting for the match to start, but it could take a long time, despite a 10-hour trial being available and theoretically boosting the player pool.

Once a race starts, it’s the same content as in single player. Sure, this is fine, but I would have at least expected some additional modes or routes made specifically for multiplayer. Hopefully multiplayer will be expanded with future content updates, but after seeing a lot of NFS multiplayer components that have yet to die, I’m not optimistic. This is especially disappointing given Need For Speed ​​Heat’s simple yet effective multiplayer mode, with this feeling like a barebones step back for the series.

I spent 22 hours playing through Unbound’s story and completing several side missions. I also played with the multiplayer, but lack of players prevented me from trying many races. Fortunately, I was already fed up with the story mode, and I can see players squeezing out more game time by continuing to tune their vehicles and perfect their skills in each race type.

Need for Speed ​​Unbound combines classic NFS gameplay with a new graffiti-inspired aesthetic. In terms of gameplay, it’s a safe approach that sticks to what’s always worked for NFS, with the cops playing a big part during races and open-world exploration. Fortunately, the visual shift does a lot to give this racer a fresh feel, taking it in a different direction than Forza and Gran Turismo.

Those looking for an arcade racer with some attitude should check out Unbound, as it wins far more than it loses, and it looks great.

Need for Speed ​​Unbound has been reviewed on PS5 with code from the publisher. 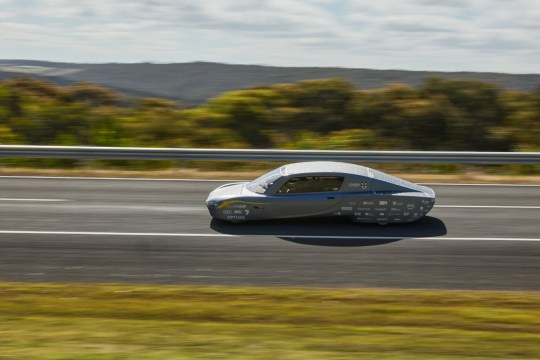