Medical teams have warned that some diagnostic services in the NHS are “almost failing”, with more than 184,000 patients in England waiting three months or more for key tests.

In some specialized hospitals, children wait for weeks for diagnostic procedures, contrary to government objectives.

Under the NHS constitution, patients must wait less than six weeks for such tests, which include magnetic resonance imaging (MRI) scans, non-obstetric ultrasound, heart procedures and lung function tests.

Doctors and radiographers say they are working with “overcapacity” and that the current approach to reducing waiting times in the face of staff shortages is “reckless and unsustainable”.

An analysis by the Observer of the latest waiting times for diagnostic tests found at the end of October:

Patients at Leicester NHS Trust University Hospitals face some of the longest waiting times in the country. The most recent figures show that 14,437 patients at the trust had waited 13 weeks or more for key diagnostic tests.

At the Great Ormond Street Hospital for Children NHS foundation trust in London, 194 patients waited six weeks or more and 30 patients waited 13 weeks or more for diagnostic procedures. For some children, there are waiting times of several weeks for MRI scans and echocardiograms, used to assess heart structure and function.

Source: NHS England. Note: This data is for NHS trusts and excludes private providers contracted by the NHS

Richard Evans, managing director of the Society of Radiographers, the professional body for diagnostic imaging and radiotherapy staff, said: “Demanding that exhausted radiographers and others work unprofessionally and unsafely goes to the heart of the values ​​that keep the NHS afloat.”

The operational norm is that less than 1% of patients have to wait six weeks or more. More than 2 million diagnostic procedures are performed every month in the NHS in England for a variety of purposes, including diagnosing cancer, identifying heart disease and determining the extent of musculoskeletal injuries.

The government is opening new diagnostic centers to the community, but many patients have to wait several weeks for tests despite this extra investment.

There are also big differences in waiting times. At the United Lincolnshire Hospitals NHS Trust, 8,370 of 21,661 patients (38.6%) waited 13 weeks or more for diagnostic tests, while at the King’s College Hospital NHS Foundation Trust only 70 patients of 11,808 (0.6%) waited 13 weeks. weeks or longer.

A briefing published last month by the Imaging and Oncology Forum, which also includes the Society of Radiographers and the Royal College of Radiologists, warned that diagnostic imaging services were “near bankruptcy”. It stated: “Work overcapacity threatens patient safety, harms healthcare professionals and challenges the quality of service.”

Dr. Katharine Halliday, president of the Royal College of Radiologists, said: “We couldn’t cope before Covid, but the pandemic made it much worse. It is distressing for people to feel that they are not providing good service. Patients wait much longer, and most things get worse while you wait.”

A spokesman for Great Ormond Street Hospital said: “Referrals are assessed by risk and all urgent diagnostics are prioritized and patients are seen within six weeks. Our latest figures show that 15% of patients wait longer than six weeks for a diagnostic examination.” According to the spokesperson, the new community centers are mainly intended for adults.

A spokesperson for Alder Hey Children’s NHS Foundation Trust said there are “robust” plans to reduce waiting times for all diagnostic tests to less than six weeks by April. The spokesman said many diagnostic services, such as radiology, had completed all tests within six weeks in November.

A spokesman for the United Lincolnshire Hospitals NHS Trust apologized for the longer waiting times, saying it had “processes in place to ensure that those who need diagnostic tests urgently receive them in the correct time frame”. It said an arson attack at Lincoln County Hospital this year destroyed a scanner and reduced capacity.

An NHS spokesperson said: “Despite the continued pressure on services exacerbated by flu hospital admissions, the problems in social care where we cannot discharge patients who are ready and the record numbers needing emergency care, NHS staff have persevered and pushed through to cut some of our longest waiting times. for care, including tens of thousands more people who received the diagnostic tests and checkups they needed in October compared to the previous month.

“The NHS is rolling out more than 100 community diagnostic centers to allow even more people to get tested, alongside expanding imaging and endoscopy capacity in the new year.” 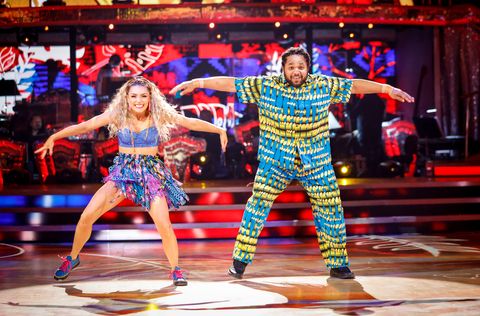