Ukrainian fashion designer Valentina Sanina Schlee left a mark on the history of her art, leading a life among the most famous actresses of her time.

For centuries, Russia and then Soviet ideology have tried to destroy Ukrainian culture and usurp its heritage. This affected many cultural figures, whose true nationality Russia deliberately ignores and presents them as Russians in the international arena.

Such was the case with world-famous designer Valentina Sanina Schlee, born and raised in Ukraine. Schlee is called a Russian by the Russian media. Only because at the time of her birth Ukraine was occupied by the Russian Empire. For example, an article on the World Fashion Channel portal dated May 20, 2022 calls her the “Russian (Coco) Chanel.”

Valentina was born in Kiev on May 1, 1899. She dreamed of an acting career. Because of the 1917 revolution, she was forced to emigrate. However, this did not put an end to her dreams. She showed the world what Ukrainian women are capable of. Subsequently, she created the clothing brand “Valentina”, which still exists today.

Valentina was worn by the most famous beauties and fashionistas of the United States and now their dresses are kept in museum collections. For historians of fashion and theatrical art, the name of the Ukrainian woman has long been a symbol of originality and brightness. Her style defined fashion for three decades and continues to influence to this day.

No less interesting and mysterious was Valentina’s personal life. She was friends with many actresses of her time and competed with Greta Garbo for her husband’s attention. She was once the muse of the Russian singer and composer Alexander Vertinsky.

Immigration to New York and setting up a fashion house

In 1923, Valentina and her husband George Schlee reached New York, where Valentina began to progress in the world of American fashion, while George built a career as a theater impresario. Before that, they went through a thorny path of immigrants in Greece, Italy and France. Interestingly, while in Paris, Valentina earned seed money for her future business at the Bat Cabaret.

In the United States, a Ukrainian woman began to attend parties related to events in the theater and cinema life of America. The fashion designer always came to them in dresses of her own production, which certainly attracted the attention of Broadway and Hollywood actresses.

Then, in 1928, Valentina opened her first clothing store on Madison Avenue. The fashion designer won everyone over by never following trends, but making clothes that can be worn for years. She largely followed Coco Chanel’s principle: “Fashion passes, but style remains.”

In the 1930s and 1950s, Schlee became one of the most famous and successful fashion designers in the US. Valentina introduced the fashion for hairnets, bowler hats, belts, flats and much more. Rumor has it that Valentina chose a pendant in the shape of a crystal cross presented by Alexander Vertinsky as the symbol of her clothing brand. There were rumors that he was in love with a Ukrainian woman and dedicated romances to her, but she refused him.

Warm friendship and struggle for a loved one with Greta Garbo

The story of her relationship with Garbo, the biggest star in Hollywood at the time, is quite unusual. It is known that almost every third item in Garbo’s wardrobe came from the Valentina fashion house.

One day, during another fitting session, George Schlee entered the room to find Greta practically naked. From that moment on, the actress began a close friendship with the Schlee couple, which ended in an affair between George and Garbo.

During a trip to Paris in 1964, George suffered a heart attack and died. Valentina had to arrange the funeral, where Greta Garbo never came. However, every year Valentina organized a memorial dinner, inviting Greta. In addition, she liked to spend holidays with her husband’s mistress. Despite the betrayal, Valentina continued to communicate with her rival.

In 1954, Valentina finally left the fashion industry. Her husband donated almost all of his money to Garbo, so the fashion designer spent the later years quite modestly. Valentina’s funeral took place on September 18, 1989 – Greta Garbo’s 84th birthday.

Valentina has become a fixture in the history of international fashion. Her creations are held in private collections, exhibited at the Metropolitan Museum of Art in New York, and sold at auction. 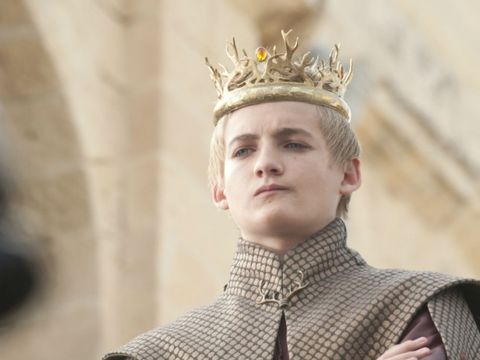