‘I didn’t sleep at all last night but this was the best day of my life!’: Rehan Ahmed reveals elation after becoming England’s youngest-ever test cricketer at 18 years and 126 days… one in Karachi

By Lawrence Booth for The Mail on Sunday

Rehan Ahmed was beaming just hours after becoming England’s youngest Test cricketer at 18 years and 126 days old, and hailed his experience as ‘the best day of my life’.

Since the 19th century, England have not handed a Test cap to a player with fewer than three first-class appearances on his resume.

Still, Ahmed overcame a nervous start on the first day of the third and final test against Pakistan in Karachi to take the wickets from left-handers Saud Shakeel and Faheem Ashraf as the hosts were knocked out for 304 after winning the toss. 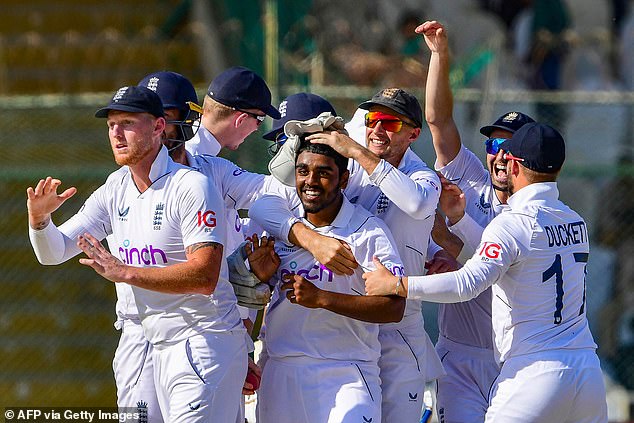 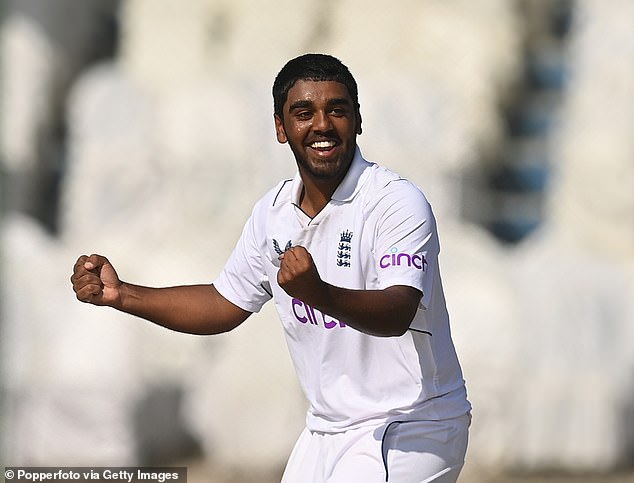 It was a heady day for the 18-year-old, who became England’s youngest-ever Test cricketer

“I didn’t expect to play,” he said. “I came on this tour to get better, but they gave me a chance. I didn’t sleep at all last night. I was very nervous before the first ball, but the whole day was good.’

Ahmed finished with two for 89 – but his numbers don’t tell the story of a performance in which his googly in particular proved to be a useful weapon.

First he used the throw to trap Shakeel, before sending him off with a broken leg on the next ball. Then he tricked Ashraf, trapping him with his leg while playing the wrong line.

“I tried to give as much spin as possible in both directions and I hope he makes it,” he said of the first wicket. “I rushed a bit in that first spell, but Stokesy didn’t care about runs – he just wanted wickets. 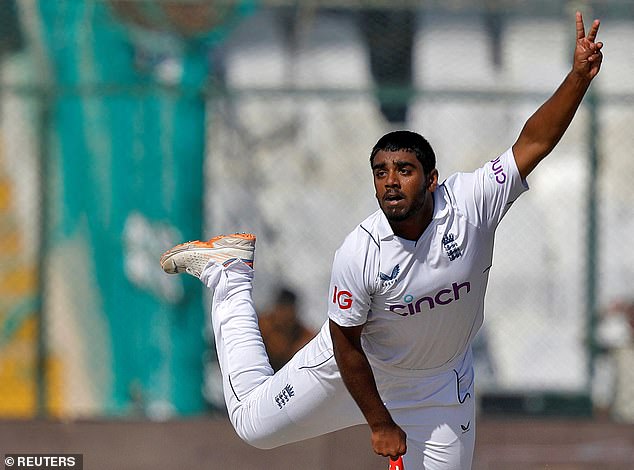 “I’ve been bowling left-handed all my life, as my brother is left-handed and I used the tactic against him: googly, then leg-spinner and it worked. It’s the best day of my life. I believe in myself, and I can’t ask for more.’

Ahmed also drew praise from the opposition, with Pakistani coach Saqlain Mushtaq – a former off-spinner with 208 Test wickets to his name – complimenting his control and confidence.

“He’s only 18 years old and his first pitch is a mis’un,” Saqlain said. “That shows he has a lot of potential and he looks like a good prospect for the England team in the future. 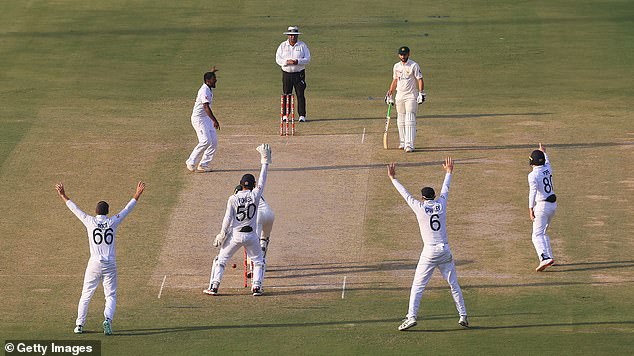 Ahmed’s father, who is from Kashmir, was at Karachi’s National Stadium to watch his son make history, leading Saqlain to describe it as a ‘point of great pride that so many Pakistanis play for other countries’.

He added: “Rehan bowled really well today. The way he threw certain pitches to Babar and all the Pakistani batters makes me think there’s something about him. He plays for England, but his Pakistani roots make me very proud.’

While waiting his turn in the press conference room, Ahmed took in Saqlain’s kind words. “I didn’t want to hear that,” he joked. “It pumped me up a little bit. But I would like to work with Saqqy and try to get better.’