While there’s little traditional about Rey Pador’s approach to education, the recent hiring of a faculty at the College for Creative Studies, charged with overseeing the newly launched apparel design addition to the fashion department, describes their fashion education as classic. Pador attended tailoring school and completed an apprenticeship that led them to see fashion as a marriage of art and construction. They also worked in NYC as a self-proclaimed “studio elf” for a knitwear company and at Marc Jacobs before attending the Royal Academy of Fine Arts in Antwerp on a whim at age 24. After completing both a bachelor’s and a master’s degree, Pador started their own company providing design solutions to brands such as Dries Van Noten. Before moving to the US, they taught for a year at a university in India.

Currently, two weeks into their first semester at the Detroit school, Pador is speaking to FashionUnited about their decision to accept the role at a time when teachers are leaving their jobs en masse and there are strikes by part-time teachers on both coasts.

“I feel like fashion education is in a bit of a weird situation because now you can learn everything online, how to design, how to make,” says Pador. “So I have to ask myself the validity of what I’m learning if young people can approach a problem in their own way, whether it’s YouTube, TikTok or Instagram.”

Pador’s year in India greatly influences their view of education as they faced a very different system known as the Gurukula system. “The student devotes himself to the teacher, and vice versa the teacher must devote himself to the student, and it becomes a home, almost like an ashram for the student,” Pador describes. “So I was available day and night six days a week for my students and in return they had to do what I said.” Initially hired to introduce Western ideology to fashion, Pador soon realized the flaw in this. “I can’t recolonize people,” they say. “So I had to learn how to embrace cultural identity in new ways of thinking about fashion and about Indian culture and identity, including mythology, caste systems and current political, social and economic positions.” The experience solidified ideas they hope to implement in CCS.

Detroit, nicknamed Motor City for its reputation for auto manufacturing, home to the original streetwear/workwear label Carhartt, has a deep craft and artisan history, reemerging with its newer brands such as Shinola watch and leather goods manufacturers. It is no coincidence that Hermès chose Detroit as the location in the US to launch its ‘In The Making’ exhibition.

Fashion education that takes Detroit’s creativity to the next level

“In the first year you learn locally; in the junior year you learn nationally; and in your third year you present internationally,” says Pador, who believes the only holistic and sustainable approach to design comes from understanding your personal cultural value based on where you are. It’s a refreshing point of view given that international education has focused in recent decades on what a handful of select schools in European cities, particularly London, produce. For Pador, the importance of understanding a local clientele is just as important as knowing the work of Balenciaga, Dior, Givenchy, Martin Margiela: “What people forget is that they all made money based on their own cultural identity and what they strongly believed.”

The circus nature of global industry and its dictates is out of favor, Pador believes, and the old guard, those in power who still operate as if it were the 1990s, must step aside.

“I see my students approach the world in a very different way than I do,” says Pador. “In many cases I don’t fully understand them, but I know that if I don’t remove my ego from the situation, I’m forcing the student to think the way I think, in a process that has been simmering and boiling for the past 20 years.”

About being an educator during the Great Resignation

Some of the reasons behind the Great Resignation and the well-documented turmoil among educators are, Pador believes, linked to the inevitable generational abyss created by technology. Engagement looks different these days. Teachers who get frustrated with students for using their phones during class may forget that this is how students take notes, record conversations, do research. For Pador, students are not in class to present something to their instructor, but to get from that instructor a proven methodology that will work in the industry over the long haul.

Pador’s experience in India also colors his view on sustainability: “If I don’t have sustainable thoughts about protecting myself and my creativity in an industry that is just crushing me and that, let’s face it, will only change millimeters per decade, how can I treat the planet sustainably?”

Pador credits Kismet for bringing them to Detroit. They had been thinking about returning to Europe, perhaps to rejoin the industry as a pattern maker, when news of the CCS opening came to their attention. Initially unsure about moving to Detroit, Pador learned during the interview with Fashion Design President Aki Choklat, especially after discovering that they had friends in common in Europe. Then techno music came along and sealed the deal.

“I went to a secret concert in Chicago by Kevin Saunderson, a techno legend and he’s from Detroit,” says Pador. “When he finished his set, he said that Detroit and Chicago are sister cities, but Detroit will always be the future of everything.” Pador’s face lights up, acknowledging the value of the accidental forces involved in life’s great decisions. “Okay, if Kevin says this, then I have to go. Families that are excited together stay together.” 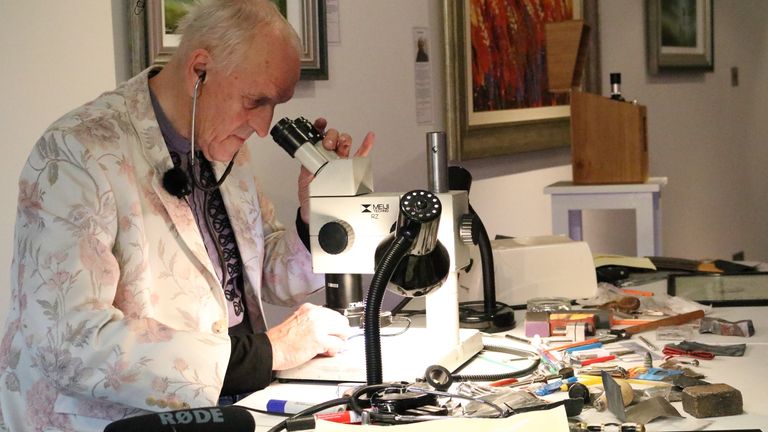