How do I test my child for Strep A?

Dr. Nicole Robb, a professor at the Universities of Oxford and Warwick and co-founder of the health tech company Pictura Bio, told Metro.co.uk that at the moment the only way to get tested is through a health professional or GP.

“We all know the rapid antigen tests through Covid, but you don’t just get them from the pharmacy,” she said.

“You have to see a doctor to get it. Again, as with Covid, you can have a swab taken from your throat, which will take a day or two to come back.

“What is missing is any kind of community or home testing. One of the things we’ve seen during the pandemic is how fantastic it is to have access to lateral flow testing.

‘If you suspect that your child has a disease, you can test it and you will have an answer within 20 minutes. But we don’t have that. We need to bring these technologies forward, like during Covid.”

What about home testing kits?

Strep A home test kits can be bought online for as little as £8.99, but they usually sell out.

With the high rise in cases, Dr Robb has urged people to seek advice from the NHS rather than trying to diagnose themselves.

“A doctor will be able to use several tests to confirm their diagnosis and will also be able to prescribe antibiotics immediately if necessary,” she said.

“Early treatment of scarlet fever with antibiotics is important to reduce the risk of more serious complications.”

When should parents seek medical advice?

Knowing the symptoms of scarlet fever is most important for parents, especially those with young children.

Contact NHS 111 or your GP if you suspect your child has developed it.

Who is the most vulnerable?

Strep A is more common in children than in adults, especially among those who attend school or day care centers.

Dr. Robb emphasized that being together in a confined space can promote transmission.

She said children may also be more susceptible after an illness involving a viral infection, such as chickenpox.

As a parent should I be concerned? What should I do?

UKHSA confirmed that there is currently no evidence of a new strain in circulation.

Asked whether children should be isolated at home during the outbreak, Dr Robb said the country is ‘a long way from that stage’, urging people not to panic.

“Don’t keep your child home if they are healthy,” she added. ‘Use caution and common sense.

“Know what the symptoms are and what to look out for, but don’t panic unnecessarily.”

Downing Street has also urged parents to be wary, but stressed that the NHS is ‘well prepared’ for such situations.

Why is it becoming more of a problem this year?

Dr. Robb said: ‘We are seeing higher than normal levels of scarlet fever. That could be for many different reasons.

“It could be because of the arrival of the colder winter weather, and people are spending more time indoors mixing and that increases transmission.

“During the last three years of Covid, people are mostly confined indoors and wearing masks.

“That not only stopped the spread of Covid, but also other common respiratory illnesses, such as Strep A. If the bugs don’t spread normally, that just means our immunity as a population has declined.”

Is there a shortage of antibiotics?

A Downing Street spokesman said he was unaware of a current shortage of the antibiotic amoxicillin. 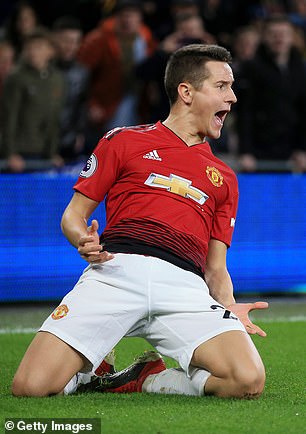