Strictly come dance star Fleur East has revealed she was “stranded” in the studio after the semi-final.

Last night’s (December 11) snowfall may have been the perfect festive ornament, but it certainly caused problems at Elstree Studios in Hertfordshire.

East, who competes with professional dance partner Vito Coppola, revealed she was trapped along with other cast members.

“I’m coming straight off the dance floor after last night’s Strict because we were trapped in Elstree thanks to the snow,” she shared with co-hosts James Barr and Matt Haslam on The Hits Radio Breakfast Show with Fleur East.

“By the time I left, everyone was lining up to get in a cab, but no one could get out!” she continued, adding that even the jurors had a hard time figuring out what to do.

“Even Shirley Ballas was stranded, sitting on the couch waiting for a cab!”

East also explained that she and her co-stars soon realized that the snow would settle, making their return journey difficult.

Related: Strictly come danceDarcey Bussell explains why she quit being a judge

“It was building all night and as we were running in and out doing our two dances we could see the snow falling and just before the last dance everyone was like, ‘That snow is really thick’ and I was like, “How are we going home?”

“In the end no one could leave because the snow was so bad!”

East and Coppola are among the Strict semi-finalists look to secure their spot in next week’s final, alongside Hamza Yassin and Jowita Przystal, Molly Rainford and Carlos Gu, East Enders with Will Mellor and Nancy Xu and Helen Skelton and Gorka Marquez.

Strictly come dance‘s finale will air on Saturday (December 17) at 7.05pm on BBC One, while the spin-off show Strictly speaking, it takes two broadcast on weeknights on BBC Two. Both shows are also streamed on BBC iPlayer.

Dance with Oti by Oti Mabuse, with illustrations by Samara Hardy

Request a Cameo video message from one of Strictly’s stars

Behind the Sequins: My Life by Shirley Ballas

Dancing and Dreaming on Diamond Street by Craig Revel Horwood

Strictly Come Dancing: The Board Game

My Story by Bruno Tonioli

Dancing Out of Darkness: My Story by Kristina Rihanoff

Pasha – My Story by Pasha Kovalev

Better Late Than Never: From Barrow Boy to Ballroom by Len Goodman 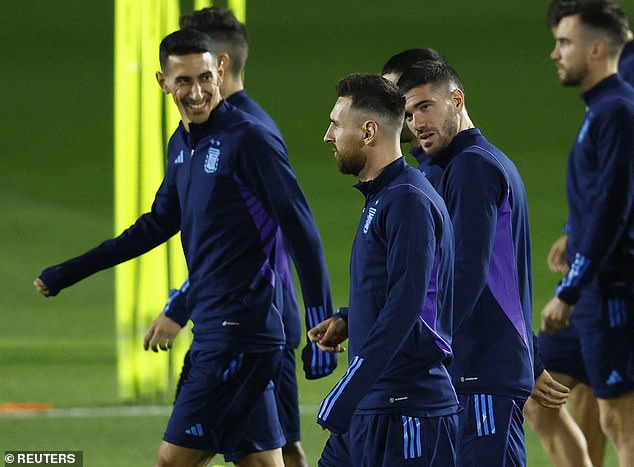