People are facing “dreadful consequences”, a charity warned, as parts of the UK experience falling temperatures.

The Met Office has issued several yellow weather warnings for snow and ice in the coming days, and the UK Health Security Agency has also issued a level three cold weather warning for England.

National Energy Action said more government support is needed for “those most at risk” in the sub-zero conditions.

“Our figures show that 6.7 million households in the UK are fuel poor after energy prices nearly doubled in a year.

“We hear daily from people who are forced to turn off their heating when they need it most.

“The cruel choice is either a huge debt or an unheated house, with terrible consequences either way.

“We will now begin to see how bleak this winter is going to be.”

Read more:
Winter payments triggered when the UK was hit by an Arctic blast
Families face grim choices after a year of cost-of-living crisis
Get the five-day forecast where you live

The Met Office issued a yellow warning on Friday for ice in northern England, the west and east coasts of England, the coast of Wales and northern Northern Ireland.

A yellow warning for ice and snow is in effect across most of Scotland, which will continue on Saturday and Sunday.

Also on Saturday there is a yellow ice warning for the north of Northern Ireland and the west side of the UK, including the coast of Wales and Cornwall.

Temperatures were expected to drop to -10C overnight into Friday, and roads, bike paths and sidewalks could be icy, the Met Office said.

The low temperatures caused payments for cold winter weather for some postcodes in England and Wales.

This means low-income earners will receive £25 if the average temperature in their area is (or is expected to be) 0C or below for seven consecutive days.

Get the 5-day forecast here where you live 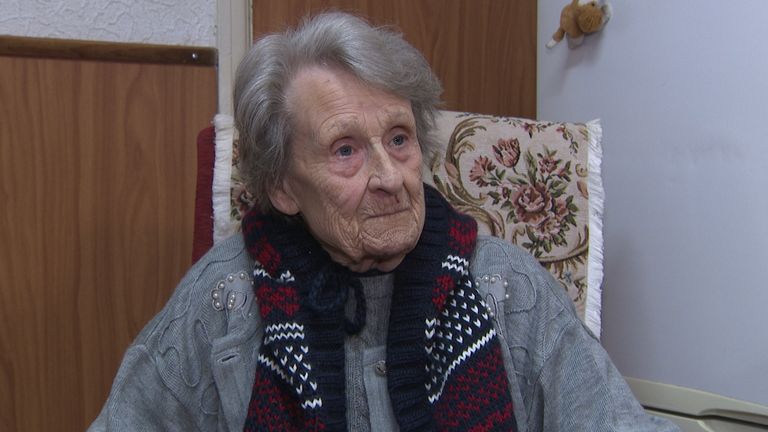 The Department of Work and Pensions said these payments could be activated until the end of March.

A spokesperson added: “We are committed to protecting the most vulnerable in our society and this additional assistance comes on top of wider government support, including £1,200 in direct payments already provided this year to millions of low-income households. “Additionally, we’re giving households £400 towards their energy bills this winter, with our Energy Price Guarantee saving the average household a further £900.”

Meanwhile, The Daily Telegraph has reported a warning from the National Grid that electricity supplies will be tight on Friday and Sunday due to the cold weather.

The grid said it may need to use “enhanced actions,” including a new scheme that pays households to use less electricity to ease supply pressures, according to the Telegraph.