I don’t know what I expect from Geoff Keighley at this point. Every year I start The Game Awards knowing exactly what they are, and they deliver on that promise. This means it’s a trailer-and-cameo show. But somehow something always happens that catches me off guard. This year it was the appearance of Al Pacino of all places to present the performance award; the really enjoyable Animal cameo (and his back and forth with Bear McCreary, who seemed really happy to see him); and finally a random boy who crashed Hidetaka Miyazaki’s acceptance speech. It was a strange night all around.

Overall, I’m pleased, if not surprised at how the night turned out. I’m glad Christopher Judge won the performance award, although I kind of pulled for Sunny Suljic (as did Judge himself, I’m sure). And I’m glad Bayonetta 3 won the Best Action Game award. But let’s talk about trailers – and speaking of Bayonetta, that was me not I’m expecting a new game in the series so soon, let alone an artsy puzzle platformer. But now I want it and must have it. I’m almost as excited about Hades 2 considering I’ve told anyone who would listen about the other children of Hades and Persephone and now we’re seeing at least one.

In non-Game Awards news, the Federal Trade Commission has become involved in the Microsoft-Activision acquisition. The FTC is filing a lawsuit to block the acquisition on antitrust grounds. I would warn everyone not to side with Microsoft right away here. So far, the main arguments against the Sony acquisition have been, to put it mildly, somewhat farcical and selfish. But just because Sony’s arguments weren’t convincing doesn’t mean the FTC has no grounds. I’m curious how this works out.

As for what games I play… I’ll be honest, all the games I wanted to play have now been released for this year. So from now until the big release of 2023, I’m playing catch up. I think I’m finally going to play some titles I haven’t tried yet, like Dying Light 2 and Splatoon 3. There are so many games on Game Pass that I still have a lot of work to do.

What to play this week 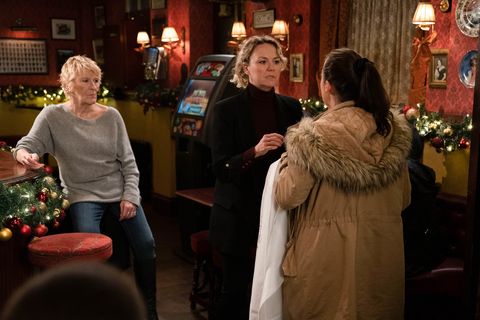