Applies to most players pokemon games are a pretty simple affair of attacking enemies’ weaknesses and scoring that sweet one-shot. But pokemon can get incredibly overwhelming once you start playing competitively. What is an IV? What is an EV, other than the cute brown fox that can evolve into a bunch of other more colorful and elaborate foxes?

Basically, they refer to hidden numbers and background math that competitive players like to tweak and manipulate to create the strongest versions of their favorite ‘mons’. EV and IVs stand for Effort Values ​​and Individual Values. These hidden numbers determine the final status of a Pokémon’s six stats, and understanding how they work and how to influence them can give you the upper hand in competitive battles. Let’s take a closer look at that.

Manipulating effort values ​​is quite a time investment, as they are based entirely on what you expose a Pokémon to as you raise them. Each Pokémon has a total of up to 510 EV points to share across all six stats, but each stat can only have 252 EVs individually.

You increase EVs by using items such as vitamins and feathers, each of which increases specific stats. Vitamins are most immediately effective, as each increases an individual stat by 10 EVs. Before pokemon sword and Shield, Vitamins were only effective up to a Pokémon’s first 100 EVs, but now these items will work to maximize an individual stat to the ceiling of 252. Feathers aren’t that powerful, they only increase an EV by one point. Pretty easy so far, but influencing a Pokémon’s EVs while training them in battle takes a bit more planning.

Each Pokémon you battle gives specific EV boosts when defeated, often a reflection of its own base stats. The number of EVs you get per stat depends on how powerful the Pokémon you fight is. For example, if your Pokémon defeats a Pichu, one EV point is added to your creature’s speed stats. However, fighting his fully developed form Raichu will earn you three Speed ​​EV points. If you felt so compelled, you could beat up a bunch of unsuspecting Pichu to increase a Pokémon’s Speed ​​EVs, but you’ll reach the stat-specific limit of 252 much faster when battling more powerful Pokémon.

However, some Pokémon don’t dump all their EVs into a single stat like Raichu does. Take Butter Free, for example. It divides its three EVs into Special Attack and Special Defense. So while there are better Pokémon to fight for either individual stat, beating Pokémon that will give you some EVs is a way to increase several EVs at once. It’s just a matter of your goals for increasing your stats and how you want to spend your time.

One thing worth noting about EVs is that because they are modern pokemon games allow an entire party to gain experience after battles, EVs are shared through your party as they gain experience, even when they’re not on the field. So be mindful of what you’re training against and what Pokémon you’re waiting in the wings to join the battle, as their EVs will be affected by these battles, even if you don’t use them directly.

Grinding EV can take some time, but you can speed up the process of increasing specific EV stats by equipping Pokémon with power items that correlate to a specific stat, such as the Power Anklet that increases Speed ​​EVs, or the Power Belt That Boosts Defense EVs. All of these are on sale at Delibird Presents stores for $10,000 each.

“The circumstances of one’s birth do not matter”

Individual values, known as IV, are a bit more complicated. IVs are essentially Pokémon genetics, in that they are stat boosts inherent to the specific Pokémon you have, which range from zero points to 31 points. Once immutable, the pokemon series has implemented different ways to influence them over the years.

Imagine if you had two level 100 Raichus and one had 31 Speed ​​IVs and the other had zero. Even if you trained these two Raichus exactly the same way and put together the same EV build, the one born with 31 Speed ​​IVs would have a speed stat 31 points higher than the other. Many competitive players will breed Pokémon to try and reach optimal IVs, as parent Pokémon will pass on higher IVs to their offspring based on their own IVs.

In more recent games pokemon has given players the ability to ‘hypertrain’ their ‘mons’ to raise their IVs in exchange for bottle caps. This can be done in locations such as Montenevera Scarlet and purple by talking to a trainer who is close to the city’s Pokémon Center. Bottle caps can be difficult to obtain. You can buy them at the Delibird Presents stores in Paldea, but they’re pretty pricey at $20,000 a cap. You can also win them in high-level tera-raids, but often just as a random drop. So while it may seem more immediate to be able to use Hyper Training, it may take some time before you can buy those Bottle Caps. raise.

But whatever a Pokémon’s EVs and IVs, a few additional factors will determine whether it’s inherently effective in certain builds compared to others.

Each Pokémon has a set of basic stats inherent to its species that grow as you raise your critter, and the direction those numbers go is determined by how the EVs and IVs turn out. Raichu’s base stats position it as a fast, special attack-driven Pokémon. It has a base speed stat of 110 and its special attack stat of 95 trumps its base physical attack, which is 85.

This will help you determine which attacks are likely to be the most effective for learning. The physical attack stats are still respectable, but at a glance, Raichu is primarily meant to be a special attacker. Understanding EVs and IVs will help you shift those scales, or at least make up for certain shortcomings. Raichu’s base Physical Defense stat is much lower than the rest, coming in at just 50, so if you want to make up for that, you can raise its IVs through Hyper Training or battle Pokémon that naturally increase Physical Defense EVs. small. But those base stats can be affected by another factor that can play a role in how you distribute your EVs and IVs: Natures.

In addition to the basic universal stats as a species, each individual Pokémon you encounter also has a Nature. These appear in the status summary screens to give you an idea of ​​your Pokémon’s personality, but they also determine one stat increased and one stat decreased. As such, some players will breed multiple versions of a Pokémon in an attempt to get one with the most desirable nature and stat distribution for the build they want.

There are a total of 25 natures pokemon games right now, and the stats they raise and lower are as follows, courtesy of Serebii:

While nature itself stands firm, Sword and Shield introduced Mints, a new set of items that can change the statistical distribution associated with them. For example, a Modest Mint increases a Pokémon’s Special Attack, but decreases its Attack stat as if the Pokémon’s nature had changed. This doesn’t change the personality they talk about in their summary (that would be brainwashing), but it does allow you to adjust their stats for any competitive schemes you have in mind.

All these moving parts can be a lot to keep track of, and these mechanics are really there for the sickest of competitive morons. It can be rewarding to get a Pokémon in the competitive state you want and watch them excel in battle, but it’s also a huge time investment to enter your team’s numbers precisely. But if you are curious about the world of competitive pokemon, understanding EVs and IVs is a good benchmark for determining if this side of the scene is for you. And if not, you can still do cool tera raids with your friends, like the ongoing one Charizard one happens in Scarlet and purple straight away. 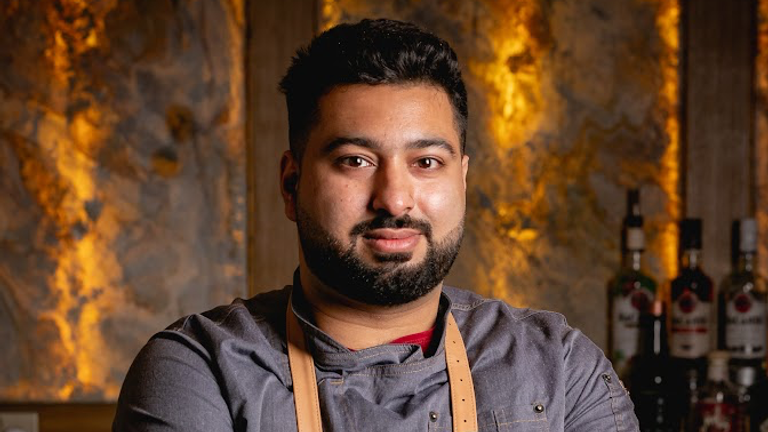