Worldwide anticipation has built up again about what the Sussexes might say, but imagine how you’d feel if you were one of those working at the palace at the time.

I approached about half a dozen of those who supported Harry and Megan. There was silence at times, disbelief at others that we should bring it all up again, but most notably was someone who said talking about their time with the Sussexes would just be too “inflammatory”.

Certainly, since the Oprah interview, I’ve found that people who worked with Harry and Meghan, while unwilling to go public, were more candid about the challenging atmosphere they faced, feeling that many simply left that time behind. want to let go. This new series makes that impossible once again.

Some would say that works for every member of the royal family, not just the Sussexes, makes enormous demands. It can be a pressure cooker, the expectations are immense, the stakes are high when decisions you make play out in the open.

But the staff tends to develop a tremendous sense of loyalty and discretion, something I saw day to day with Harry and Meghan’s team.

That’s why the series will be so hard to watch for many of them, especially when the trailer appears to see the Sussexes repeating those claims that they got no help or support.

Nevertheless, former employees have told me they will be watching, just like those currently working at the palace. A palace source told me they are as in the dark as the rest of us about what’s to come.

“We haven’t heard anything about it Netflix, we didn’t see or hear anything” they said, adding “are they going to refurbish old ground? What’s new here?”

And that’s what matters most to the family and their advisors when deciding whether or not to respond. No doubt some will hope it couldn’t possibly be worse than the criticism leveled at them in the Oprah interview, as another Palace insider said, “the trailer doesn’t always match the movie.” 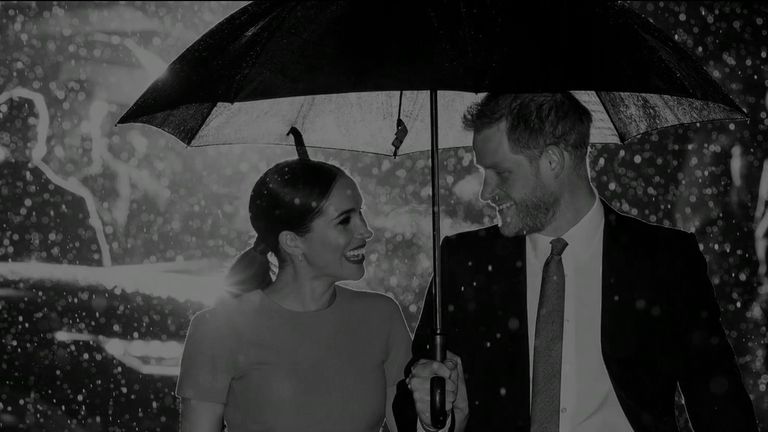 I feel like new allegations and new evidence will probably be needed to force a response from the royals, because in the end they all find this “tiring”.

I’ve been told “the predominant feeling is sadness”, “this is not a soap opera, this is a family”. It doesn’t feel like there’s any major panic about what’s to come, although more negative headlines, particularly about claims of racism, can’t and won’t be taken lightly.

Harry and Meghan are entitled to have their say in public, the trailer already teases that Harry feels now is the right time to tell us the truth about what happened.

But the timing for some in the family feels particularly painful after the gestures we saw around the Queen’s death to actively show that the Sussexes were welcome. Just when it seemed like bridges were being built, they turn out to be burned down again.

In some ways over the next week, as we see docuseries go down, the queens relatives hope to follow her lead.

A woman who endured so many bouts of family turmoil and kept the institution afloat with what one palace insider described to me as a positive, outward-looking “don’t look at your feet, look at the horizon” mindset.