By forming this relationship, prominent decentralized exchange Uniswap may have made it easier for its customers to convert between fiat and cryptocurrency.

The most popular DEX recently made a statement that could encourage more people to use the protocol. An increase in user engagement can also have a beneficial effect on the value of the UNI, its native cryptocurrency.

UniSwap, MoonPay are going to work together

On December 20, Uniswap Labs announced a partnership with MoonPay, a cryptocurrency payments provider. Uniswap users would be able to purchase assets using a variety of banking options, including debit and credit cards.

Users in most US states, Brazil, the UK and the Single Euro Payments Area (SEPA) will also soon be able to pay via bank transfer.

Uniswap claims this latest move would significantly lower the barrier to entry into the Decentralized Finance (DeFi) industry and increase the number of participants.

The low number of users in the DeFi area compared to its centralized counterpart may be due to the difficulty of the DeFi sector, both in terms of usage and access. However, UniSwap’s action can affect gameplay and increase the number of DEX transactions on DEXs.

Uniswap has a Monopoly on the number of transactions on a daily, weekly and monthly basis, according to statistics from Dune Analytics. According to the most recent daily volume data, the protocol had the highest volume among the other ranking protocols, at approximately $688 million.

In addition, a review of monthly volume metrics found that Uniswap had the largest transaction volume of the other protocols, with more than $13 billion in traffic. If this update is successfully implemented, the number of transactions on the platform may increase even further.

According to statistics from DefiLlama, Uniswap was listed as the fifth largest network in DeFis’ Total Value Locked (TVL) ranking. At the time of writing, the platform had $3.36 billion locked up. Surprising as the TVL may seem, it had recently seen a significant drop, which also showed, and the direct cause could not be determined. 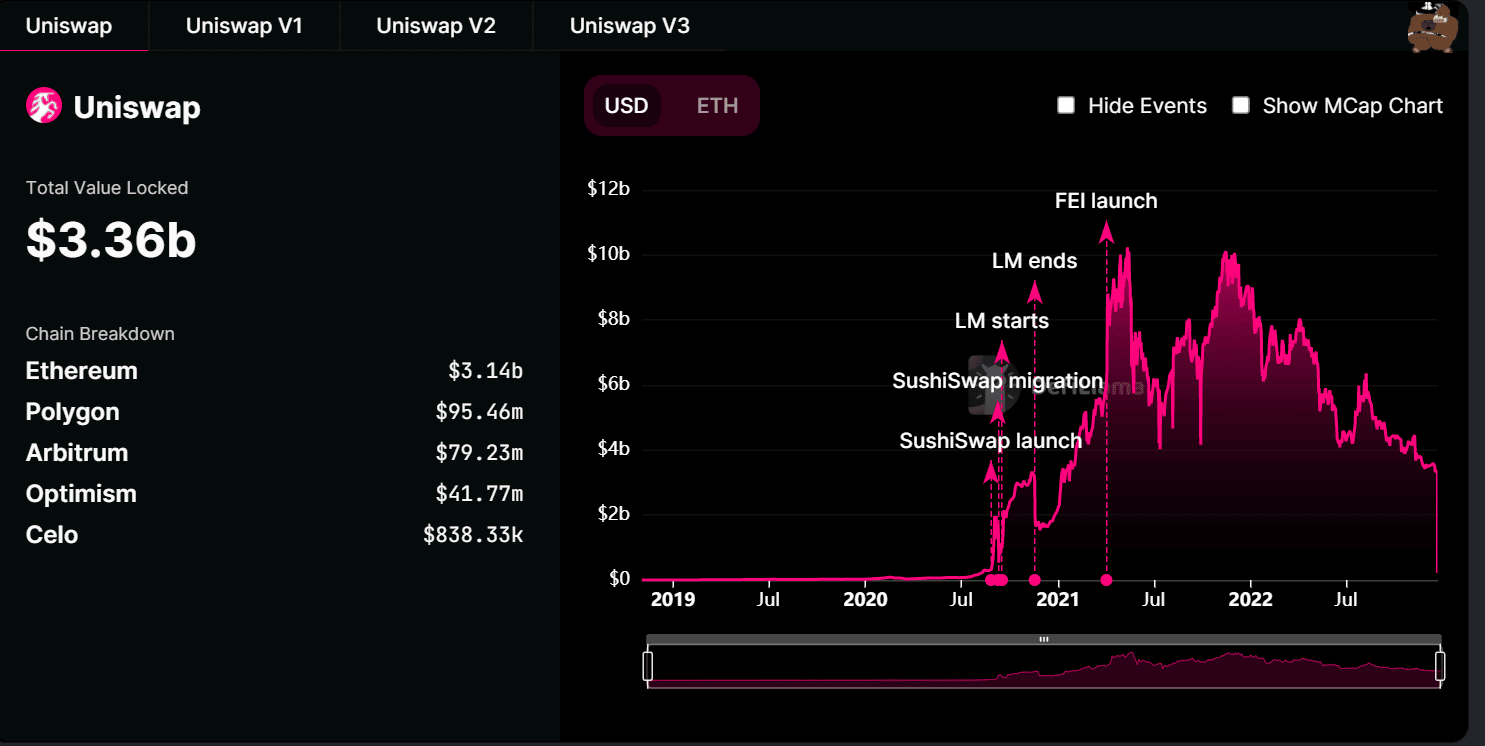 Can the price of UNI be influenced?

One benefit of Uniswap’s recent move is that it could increase the volume and usability of its native token, UNI. The value of the token may increase due to increased demand for it due to an increase in its utility.

The asset was down more than 1% at the time of writing and was trading at around $5.2. It was up 5.30% in the previous trading session, but the overall trend was still bearish.

Are your UNI holdings flashing green? Check the profit calculator

Uniswap has begun to make DeFi adoption easier, which could lead to it gaining even more dominance than it already has. In addition to being a benefit, the entire DeFi space could experience a new influx of customers if successful.