If only it was about the money.

The British private sector should have it easy compared to the predicament of public finances. Wage growth may have fallen short of inflation, but it was still about three times more generous in the private sector than in the public sector in the last quarter. Yet there are still strikes.

BT shows what can be achieved when reward is the only issue. The former monopoly suffered an eight-day strike earlier this year after the union believed its £1,500 lump sum pay rise in April fell short. But it seems all it took to end the first strikes in over 30 years was another £1,500 for those earning £50,000 or less a year – and part of that was paid for by savings from government energy regulations.

Now £1,500 is clearly not nothing – it represents an average raise of 9 per cent for eligible workers. But in April, the normal time for a review, there will be no additional pay increase. The next round of wage negotiations will take place in September.

The problem elsewhere in the private sector is that wages are not the only thing at stake. And that makes the strikes a lot harder to solve.

Take Royal Mail, where the Communication Workers Union rejected management’s ‘best and last offer’. Salary is one of the sticking points: Much of a promised 9 percent raise is not retroactive under the proposals, some of it is a one-off rather than a salary increase, and only 2 percent came without commitment. But the bitterness really kicks in with allegations that management is trying to turn the group into a “gig economy-style parcel carrier, dependent on casual labour.”

It is not difficult to understand why the union does not like the package offered. Mass layoffs are coming: voluntary for the time being, but the guarantee that there will be no redundancies only applies until March. The problem for the CWU is that Royal Mail, the British part of what is now called International Distribution Services, is losing money – and a lot at the moment. That’s at least in part due to more rigid workforce structures and worker protections that make it more difficult to serve profitable parcel customers as flexibly as competing couriers can.

The outlook for the company may not be as bleak as management makes it out to be. It’s hardly in her best interest to talk about it during a labor dispute. But at least part of the trade – letters – is in structural decline and the outlook for parcels is not bright either. IDS threatens to split off the profitable international branch. A return to partial government ownership is far from the likely ultimate outcome. But it’s not inconceivable.

Any prospect of a government near the company should worry postal workers. The lesson of the dispute between the railway operators – which bears striking resemblances to the Royal Mail dilemma – is that it doesn’t get any easier for government to be the guiding force behind industrial relations.

Once again a wage offer from employers (the train operators; there is a parallel dispute with Network Rail) has been dismissed as inadequate in the context of inflation. There are concerns about job security and changing circumstances that employers say are necessary to review outdated practices. So far, so familiar.

In the pre-Covid era, the train operators were able to negotiate with the unions on an individual basis rather than collectively, making it easier to get accommodation. That changed when the pandemic ended the franchising model and the train companies became pay-serve operators that bore none of the revenue risk, instead taking on the taxpayer. And with the government backing the budget, it inevitably sets the terms of the pay package. That leaves employers – bundled together as the Rail Delivery Group – stuck trying to agree on tough nationwide reforms, such as driver-only trains that, while acceptable on some parts of the network, are a red flag for the RMT union on others. 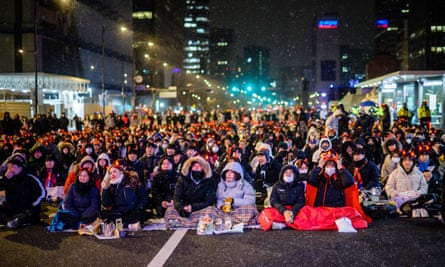