Last month’s Producer Price Index (PPI) in the US came in slightly higher than expected, sending markets down slightly.

In November, the PPI increased by 0.3% from the previous month and by 7.4% from the previous year. The latest figures from the US Bureau of Labor Statistics came in above estimates of 0.2% and 7.2%, respectively. However, the year-on-year figure contracted slightly from October’s 8.1%.

The PPI measures the wholesale prices of goods offered by manufacturers to other companies. While not as indicative as the consumer price index (CPI), it also serves as a general measure of inflation. In this case, prices rose slightly more than expected, indicating that efforts to cool inflation were not enough.

The market reacted to the news with some trepidation, fearing it could lead to a continuation of aggressive rate hikes. For example, the Dow Jones Industrial Average fell 98 points, or 0.3%, while the S&P 500 and Nasdaq Composite each fell about 0.2%.

In terms of foreign exchange, the dollar strengthened, especially against the euro, which lost 0.17%.

Cryptomarkets also reacted badly to the news, but relatively mildly. Bitcoin (BTC) saw a 1% downward move upon the release of the announcement at 13:30 UTC.

BTC price reached a low of USD 17,060 but has since recovered somewhat. Ethereum also saw a very similar dip around the time of the announcement, with a similar recovery in play. Both cryptos and total market cap are up 1-2% in the past day.

In general, commentators seem to agree that while the numbers are disappointing, they are not particularly telling. “I am long ETH after PPI dip,” said Twitter user Skyflop. “I believe all the crypto market really cares about today and into the early weekend is stops, not higher PPI.”

Investors are also concerned about another number instead of PPI, as November’s CPI numbers come out next Tuesday. If this indicator also turns out to be higher than expected, some fear how it will affect the Federal Reserve the next day.

At the Fed’s last meeting this year, on December 14, most expect interest rates to be raised by 0.5%. This would be a step back from the consecutive 75 basis point hikes the Fed has made in its last three meetings.

While some fear that a higher-than-expected CPI, such as today’s PPI, might convince the Fed to keep the accelerator down, others are confident they will ease no matter what. 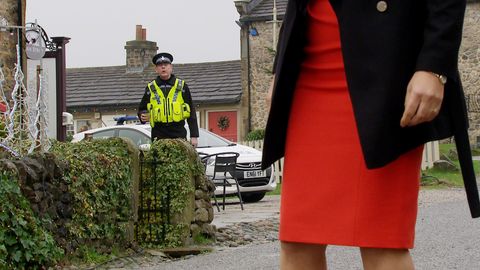